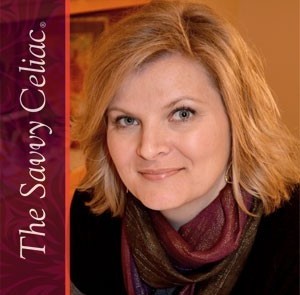 Amy Leger, Family Editor for Gluten-Free Living magazine and author of the newsworthy blog, The Savvy Celiac, will be a “professor” on Friday, April 4 at Gluten-Free Living’s Blogger University. She’ll teach a class titled “Beefing up your Blog: Knowing How to Add News Value to Your Blog.” We’d like to introduce you to our speaker by showcasing her work!

Here is an excerpt from Amy’s blog where she covers the Subway gluten-free test markets.

Gluten Free Subway Ends in One Market, Gradually Disappearing in Others

Just over a week ago I was here telling you that I had gotten a tip that the gluten free test markets at Subway were going away as of January 1st, 2014.  I looked into it and going on Subway’s statement to me, I did a post on Debunking a Rumor about Gluten Free Subway.

But as my readers pointed out, what Subway public relations told me and what customers in some of those markets are experiencing first hand– are not the same.

On January 2nd, 2014, Subway public relations specialist Alison Goldberg told me, “I spoke with Mark Christiano, our Baking Specialist and he said the test program is not going away. We are continuing to test the gluten free roll and brownie in select markets.”

I asked her if Duluth, MN; Tacoma, WA; Portland, OR and Dallas/Fort Worth, TX were still the markets and whether they had added any more. She told me “No additional test markets to report!”

Since the “Debunking” report was published on January 7, I heard from many readers about  the fact that they can no longer get the gluten free sandwiches in these markets.  I made multiple attempts to reach Alison Goldberg to clarify readers statements.  My questions have gone unanswered.

So starting late last week through Tuesday of this week, I called 178 Subway shops in these test markets to find out for myself.

Read the rest of the post here: Gluten Free Subway Ends in One Market, Gradually Disappearing in Others