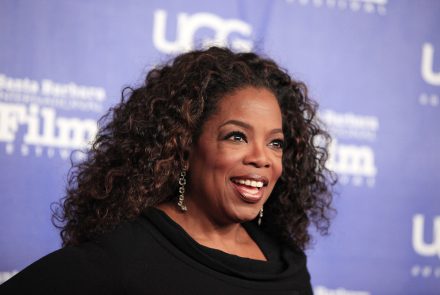 Oprah Winfrey is getting ready to share a gluten-free recipe that she says makes “the best pancake I’ve ever had.”

The talk-show titan is currently in the middle of a 30-day challenge to eat one “plant-based meal” each day. She’s accepted the challenge posed in the book One Meal A Day by Suzy Amis.

On Insta Stories Winfrey said the recipe was inspired by a friend.

“We created this pancake because a friend of mine, Larry Gordon…has celiac disease,” she said in the story. Gordon is best known as a film producer whose credits include Die Hard, Field of Dreams and more.

The recipe is gluten-free, egg-free, and dairy-free, says Winfrey, adding that it has “banana, flaxseed and a little bit of Earth Balance to hold it together.”

Check out the recipe in the next issue of Oprah’s O Magazine.

Looking for a great gluten-free pancake recipe in the meantime? Here’s a recipe for Grain-Free Silver Dollar Pancakes. from Gluten-Free Living. These tiny pancakes pack a big flavor punch!