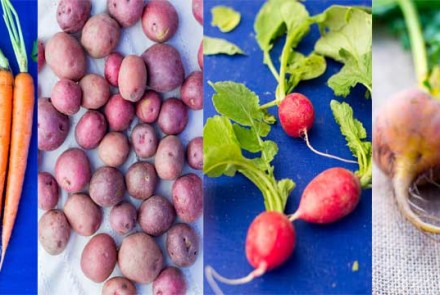 Got spring fever? We hear you: This winter has got everyone here at Gluten-Free Living craving warmer weather and green vegetables. Luckily for us, our March/April issue is bursting with fresh, bright recipes that aim to carry us into spring and summer.

Today we’re sharing four of our favorite winter-to-spring transitional recipes from Gluten-Free Living contributor Isadora Lassance. Here’s what she has to say:

The transition from winter to spring is underway, everywhere from our wardrobes to our dinner plates. It seems time to shed the heavier clothes and food that have sustained us through the cold, but Mother Nature isn’t quite ready to give the complete go-ahead.

These recipes for salads and bowls take into account where we are seasonally, as well as where we want to go, by pairing hearty pasta, potatoes, quinoa and rice with colorful fresh vegetables. Pesto and herb, citrus and lime dressings add just the right spring accent. 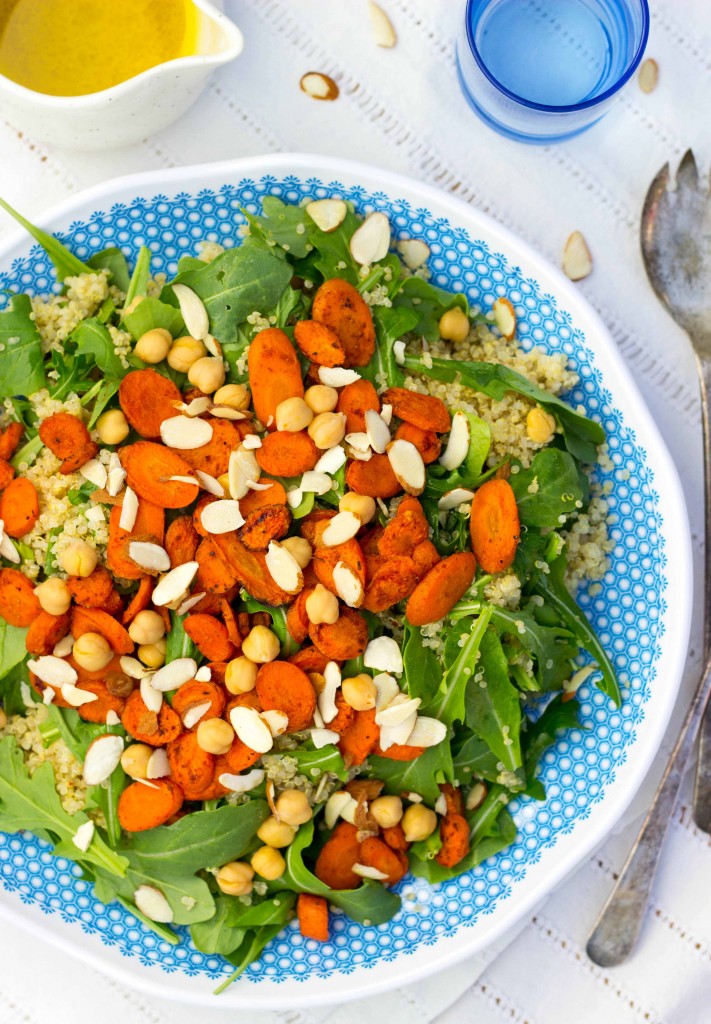 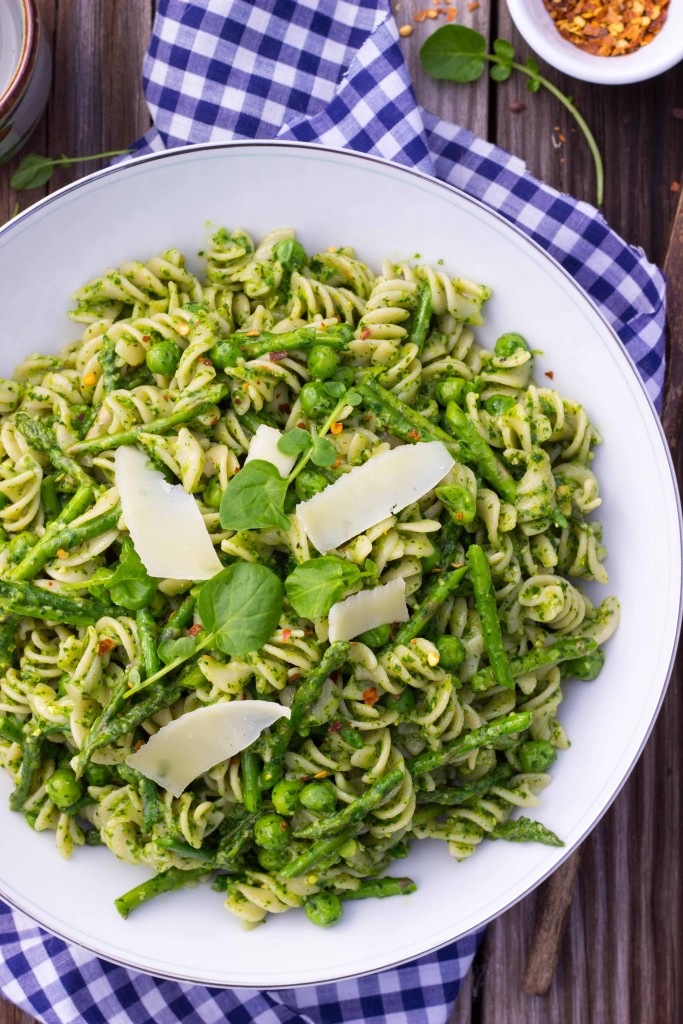 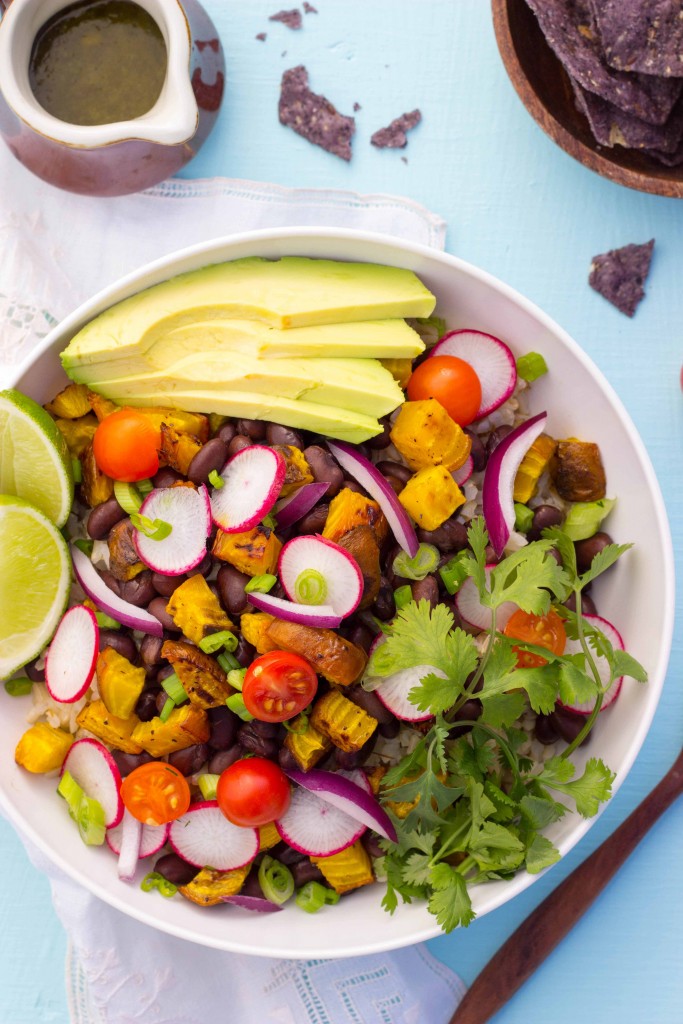 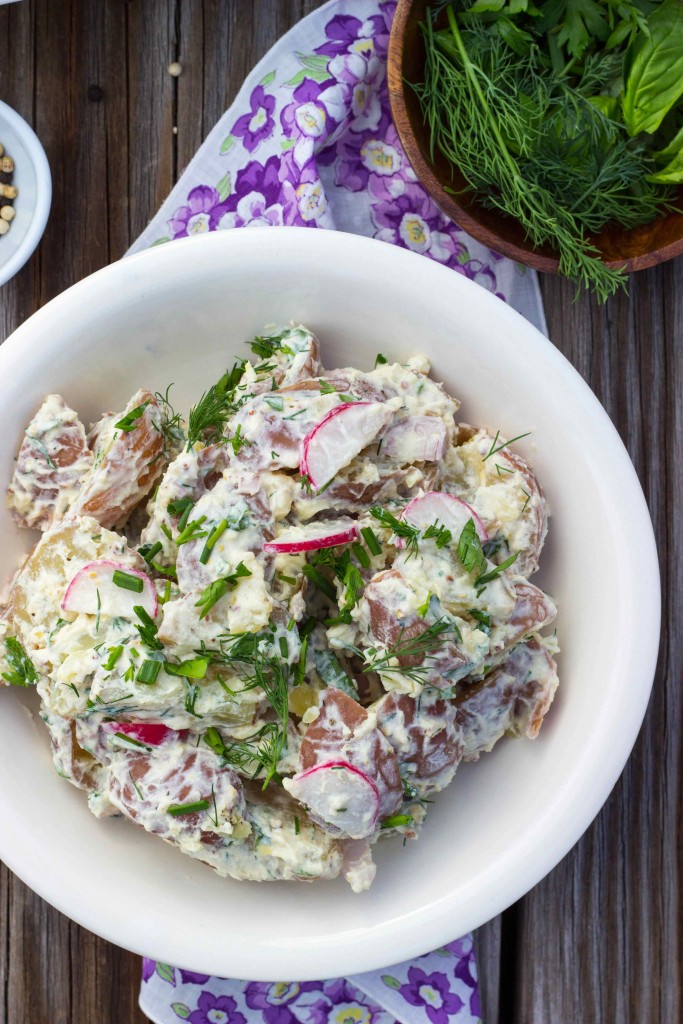 March is quinoa month which makes this the perfect time to reveal that I am a quinoa convert.

Several years ago, Gluten-Free Living started promoting a gluten-free diet that not only excludes wheat, barley and rye but includes healthy alternatives, like gluten-free whole grains.

Quinoa, a grain so tiny it pours through your fingers like sand, is one of them. It’s ground into flour and used to make pasta, but you can prepare the whole grain as a side dish like rice or as a hot breakfast cereal.

I had been writing about and promoting the nutritional value of quinoa, which is packed with more protein than any other grain and is high in iron, calcium, B vitamins and fiber. The only problem was I was not serving it to my family, which includes my daughter who has celiac disease.

I was put off by descriptions that said it had a bitter outer coating, called saponin, which repels birds and insects when it is growing in the field. It seemed like a lot of time and trouble to remove the saponin by soaking the quinoa for several hours and then washing it off. I also suspected it probably did not taste very good, and I was sure it would not be as easy to make as the brown rice I had finally got my family to accept.

And I had an odd history with this ancient grain.

When my daughter was a toddler and newly diagnosed and I knew pretty much nothing about what was and wasn’t gluten free, quinoa was not accepted as safe by the celiac group I belonged to. I can’t remember the reason why and it seems so ludicrous now I don’t even want to try to find out.

But I remember my mother-in-law bringing a box of quinoa pasta to our house in those early, uncertain days. It was clearly labeled gluten free. But I had just received a celiac support group newsletter that questioned its use on the gluten-free diet. At that time I had no confidence in my ability to figure out was gluten free on my own, so I shoved the pasta to the back of the cabinet and forgot about it until years later when I found it covered with dust.

What a shame I struggled for so long to prepare edible white rice pasta that is nearly devoid of nutrients instead of the healthy quinoa I had stashed out of sight. (Thankfully, I did switch to brown rice pasta once I learned it was healthier, tastier and easier to make than white.)

But even with brown rice pasta on my daughter’s plate, quinoa nagged me.

One day in the new health food section of my local supermarket I spied a carton of whole grain quinoa on the shelf. Lo and behold the directions said nothing about soaking and washing those tiny grains. So there went my biggest excuse for avoiding it. I’ve since learned that most quinoa sold in the US already has the saponins removed and at most you have to run it quickly under cold water in a strainer with very tiny holes.

When I opened the box at home, the smell was a little strong and earthy. But I was determined to at least give it a try. Really, it was as easy to prepare as rice. I just boiled some water, poured in the quinoa and let it simmer for about 12 minutes.

When it was done it tasted a little bland to me, so I mixed in some garlic and red onion I had chopped up in a device like the Slap Chop you see hawked on TV. (Mine is from Martha Stewart and is a very sophisticated Tiffany-like blue so I assume it’s better!) I didn’t even saute the onion and garlic. I added a little lemon juice, a little olive oil and a spice I had on hand.

Everyone in my family, from my picky 15-year-old son to my health conscious daughter, is now a quinoa convert like me.

And we are spreading the word. I take quinoa made this way to parties when I’m asked to bring a side dish and every last bite is always gone. Some people mistake it for couscous (which is not gluten free) but foodies who pride themselves on trying new things usually recognize its interesting nutty taste and aroma.

Either way, I don’t care as long as they join me on the quinoa band wagon.

Now it’s you turn to jump aboard! And hurry. Quinoa month is almost over.