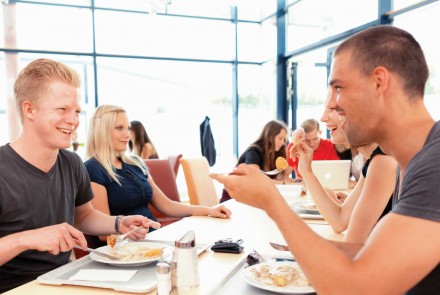 High school juniors and seniors following a gluten-free diet not only need to consider traditional factors when researching college options but also each school’s ability to provide safe, hassle-free dining. Several institutions of higher learning in the United States provide seamless opportunities for students to eat in gluten free at their dining halls. Beyond that, four universities have gone one step further by creating dedicated gluten-free dining halls.

Cornell University in Ithaca, New York, began converting its Risley Dining Room to an entirely gluten-free eatery two years ago, said Michele Lefebvre, Cornell’s director of nutrition management. Initially, small changes were made, like replacing lo mein with rice noodles and gluten-free tamari in lieu of wheat-laden soy sauce, according to Chef Manager Kevin Grant. Then polenta was used for pizza bases and pasta was phased out in favor of flavor-forward options such as huevos rancheros and roasted cauliflower graffiti, said Grant. In fall 2016, the school removed gluten from baked goods and items prepared in the grill area, substituting treats like gluten-free apple pie, banana cheesecake and Black Forest cake. Grant also launched new concepts for tostadas and smashburgers—patties made with beef and vegetables served on arugula with house-made aioli.

Cornell brought in one of its alumna, Amy Fothergill, to train the kitchen staff and develop a grand-opening menu comprised of gluten-free recipes from her cookbook, The Warm Kitchen. Fothergill, who also pens a popular gluten-free cooking blog, said she was thrilled to help the school formally launch the gluten-free dining hall in January 2017. “There was an amazing amount of energy in the room,” she enthused. “What was interesting was that not everyone was there because the food was gluten free. They were there because the food was good.”

Risley’s official change-over to its dedicated gluten-free status coincided with a formal certification from Kitchens With Confidence, said Lefebvre, adding that the dining hall is also entirely peanut and tree-nut free.

Ohio’s Kent State University become the first university in the country to feature an entirely gluten-free dining hall on campus in fall 2016. The school restructured Prentice Café after administrators noticed a yearly increase in the number of students arriving on campus with gluten-related dietary restrictions.

“It’s important for students who have celiac disease or gluten intolerance to be able to have a safe location where they can go eat and not have to worry,” explained Megan Brzuski, Kent State’s dining services dietitian. “There are many different menu items and options available for students to choose from at Prentice Café.” In addition to every item being gluten free, the menu also features a variety of vegan and vegetarian dishes. For breakfast, students can choose from omelets, pancakes and French toast. Dinner options include flatbread pizzas, chicken tenders and grilled cheese sandwiches. Prentice Café earned its certification from the Gluten-Free Food Services Certification Program, a food safety program offered by the Gluten Intolerance Group of North America.

Liberty University, which has offered a Simple Servings allergen-free station at its highly ranked Reber-Thomas Dining Hall food court for several years, has expanded its distribution of gluten-free baked goods throughout the Lynchburg, Virginia, campus, including retail outlets and catered events. A dedicated gluten-free bakery on campus produces more than 100 different items, from muffins, coffee cakes and cereal bars to brownies, cookies and flourless chocolate cakes. “The response from the student body—those with and without a gluten intolerance—has been incredible,” said district manager Anthony Delligatti.

This fall, Penn State University is set to open its first kosher and allergen-free kitchen on its main campus. At Pure, food will be served buffet-style on disposable dinnerware to prevent cross-contamination, and no outside food or drinks will be permitted.

The number of gluten-intolerant students arriving on campus continues to grow each year. As a result, the school restructured its Prentice Café to meet the increasing demand for gluten-free foods. It is now the first dining hall in the nation to be certified gluten free by the Gluten-Free Food Services Certification Program, a food safety program offered through the Gluten Intolerance Group.

Gluten-free dining for all

While gluten intolerance has garnered lots of attention in recent years, addressing the needs of students who have celiac disease or sensitivity to gluten still presents a challenge. Students often are self-conscious about special dietary needs. They might hesitate to self-identify as gluten intolerant because they don’t want to attract attention. This was something administrators considered when planning the new Prentice Café.

Anyone is welcome to dine at Prentice Café, which accepts meal plans, cash and credit cards. In addition to every item being gluten free, the menu also features a variety of vegan and vegetarian dishes, as well as foods that support a healthy lifestyle.

The newly certified gluten-free dining hall opened on Aug. 29 and will host a grand opening on Sept. 7. Open to all students, faculty, staff and other members of the Kent State community, the event will have opportunities to sample items, as well as educational displays and prizes. 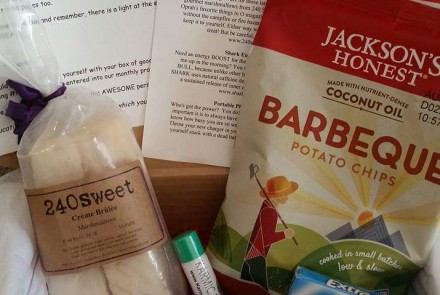 Believe it or not, this week marks the unofficial end of summer. As Labor Day approaches, most college students are heading back to school. Whether you have a nervous freshman or savvy senior, care packages are a traditional way to send some love. And now TetherBox, the “modern twist on the classic college care package,” has added gluten-free and nut-free options to their monthly boxes. 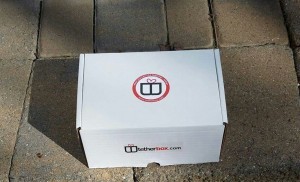 “Parents and students alike have been asking us if we could provide nut-free and gluten-free products in our care packages,” says Lynn Holdsworth, co-founder of TetherBox. “When a parent or loved one sends a care package to their favorite college student, they want to know it is something they will enjoy and of course won’t potentially harm them. That’s why we made this enhancement and we are thrilled that we can deliver healthy, delicious nut-free and gluten-free snacks in our care packages to college students who previously did not have this option.” 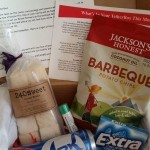 According to the company’s website, knowing what’s in the box ahead of time would ruin the fun so you won’t know what your student is going to receive each month. Working with brand partners and a network of student ambassadors from across the U.S., TetherBox includes hidden treasures and new-to-market products aimed at exciting each recipient. And there is a bonus to you not knowing what the care package contains—your student will be excited to call (or, OK, email) to fill you in on the goodies!