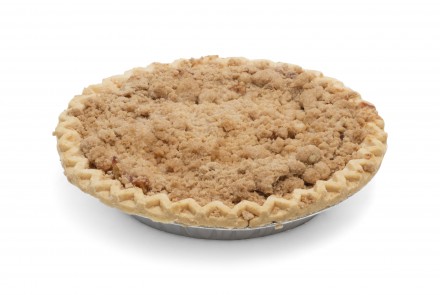 Don’t have time to bake a pie from scratch for your holiday gatherings?
Try one of these convenient gluten-free options.

Enjoying gluten-free pie no longer requires you to start from scratch. Grocery store shelves and online retailers offer a selection of premade pies, pie crusts and crust mixes that will make your gluten-free holiday baking easy as pie.

For those who don’t like or don’t have the time to bake, pick up a frozen premade pie. Simply thaw according to the instructions and serve.

Katz Gluten Free produces its 6-inch and 8-inch apple, blueberry, cherry and pumpkin pies in a gluten-, dairy- and nut-free environment. Loaded with fruit in a flaky crust, these pies taste just as good as the ones you remember from childhood without being overly sweet. katzglutenfree.com 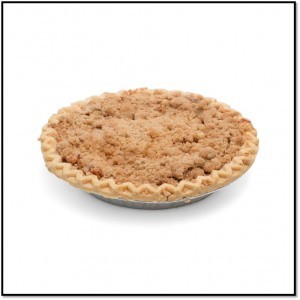 Whole Foods’ fully baked apple and cherry pies are available
year-round while pecan and pumpkin make their seasonal
appearances in the fall and winter. Thaw in the refrigerator
overnight to serve the next day. Once ready, heat them up
and top with ice cream (dairy optional) for a classic à la mode
experience. 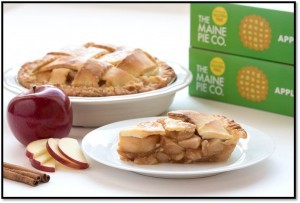 The Maine Pie Company has the most extensive selection of gluten-free pies on the market with 10 flavors to choose from, including chocolate,
Threeberry, apple, lemon curd, peach-raspberry, pecan (seasonal),
pumpkin (seasonal), wild blueberry, apple crumb and strawberry rhubarb. A wheat-based pie baker by trade, the company developed a gluten-free crust that is just as moist, flaky and buttery as its wheat-y counterpart. Made in a dedicated gluten-free bakery, the pies are full of fresh fruit, nothing artificial, and are almost too beautiful to eat with their crisscross tops. themainepieco.com/gluten-free-desserts 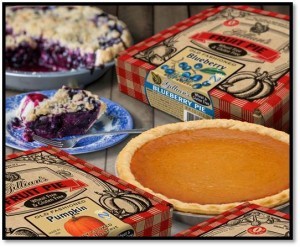 Gillian’s Foods’ fruit pies in apple crisp, blueberry and pumpkin
sit atop a crust made from brown rice flour and are produced
in a gluten-, wheat-, tree nut- and peanut-free environment.
gilliansfoodsglutenfree.com 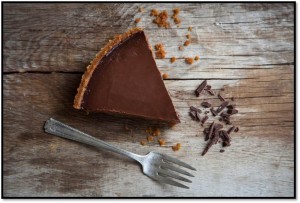 All Natural Decadence gluten-free pies are free of eggs, dairy and peanuts, and feature a homemade crust. In addition to its Humboldt Mud Pie on a double fudge cookie crust and pumpkin pie on a graham cracker crust, traditionally dairy-filled pies are reconfigured here, so anyone can enjoy the chocolate cream-less and lemon meringue-less varieties. The chocolate cream-less and mud pie fillings are crafted with coconut milk, while tofu is used to create the creamy center for the lemon meringue-less and pumpkin pies. Natural Decadence has also started making berry and apple pies that are sold fresh in the bakery section. raisedglutenfree.com

Premade pie shells take the hassle out of preparing a crust and allow the baker to concentrate on the most important part—the filling. If the pie shell is broken, you can put it back together. Just thaw it, dampen the crack with water, and pinch and press the dough with your fingers to seal the split. Now you’re ready to get creative with holiday-inspired fillings and bake up a semi-homemade masterpiece. 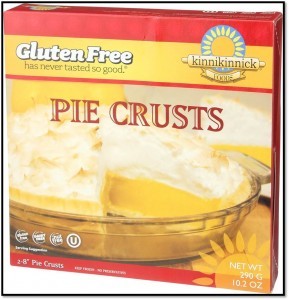 Kinnikinnick Foods’ unbaked pie crusts come in packs of two and need only be thawed before you add the filling. Made without gluten, dairy or nuts, these standard pie crusts are sturdy and bake up light and flaky. kinnikinnick.com/index.cfm 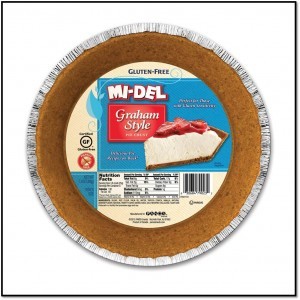 Mi-Del Cookies is one of the only companies that produces gluten-free shelf-stable crusts, available in three flavors: chocolate snap, ginger snap and graham style. Sold individually, the flavor and texture combinations deliver a distinctive pie-baking experience. They do tend to be a bit crumbly, so tread lightly. midelcookies.com/products/gluten-free 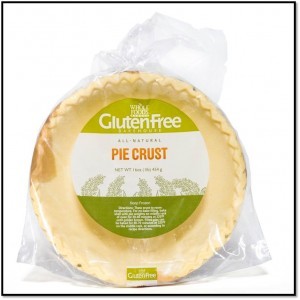 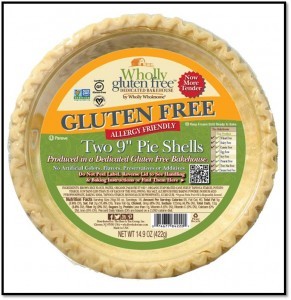 The allergen-friendly pie shells from Wholly Wholesome are free of the top eight allergens (milk, eggs, wheat, shellfish, fish, peanuts, tree nuts and soy) as well as corn. These ready-to-bake vegan pie shells are made with brown rice flour and offer a sturdier, less flaky base for fillings. whollywholesome.com

Don’t want to go the premade crust route? Get out a bowl and mix up your own in minutes. Smash up graham crackers, ginger snaps and cookies, then combine with butter. You could also opt for an easy-to-use pie crust mix from manufacturers such as Bob’s Red Mill, King Arthur Flour and Pamela’s Products.