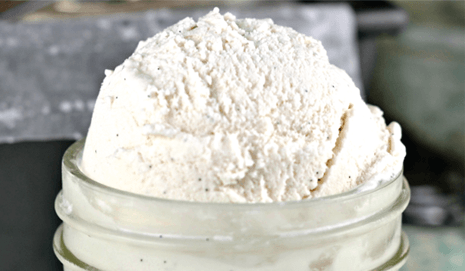 One thing that everyone misses once switching to a refined-sugar-free diet is ice cream. This simple recipe pairs perfectly with your favorite desserts. If you prefer dairy-based ice cream, use 2 cups of 2 percent milk and 2 cups of heavy cream. Heat the milk in the saucepan instead of the coconut milk.

Recipe by Amy Green, founder of SimplySugarandGlutenFree.com. It first appeared in our May/June 2012 issue.