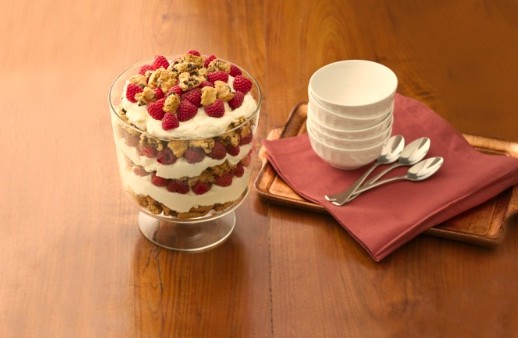 Wow your guests with this crowd-pleasing, do-ahead dessert.

2. Spoon tablespoon rounds of cookie dough on a prepared baking sheet. Bake for 12 minute or until golden brown. Remove from oven and cool for 10 minutes.

3. In the top of a double boiler, melt white chocolate with 3 tablespoons of the whipped cream. Cool to room temperature.

4. In a small bowl with an electric mixer, mix cream cheese until fluffy. Add melted white chocolate and mix until smooth.

5. Fold white chocolate mixture into whipped cream until incorporated. Set aside 1 1/2 cups to use for frosting and refrigerate in a small bowl, covered.