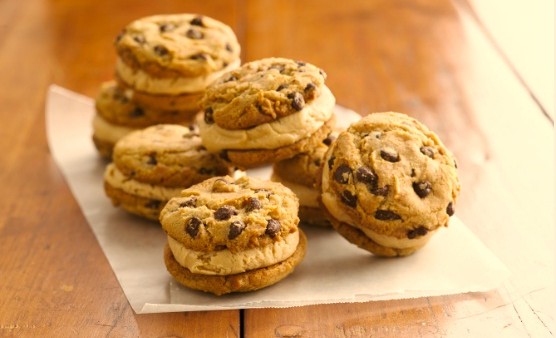 3. In mixer bowl, beat peanut butter, butter and powdered sugar together. Add marshmallow cream, vanilla bean and vanilla extract to the butter mixture. Add a tablespoon or 2 of water if it gets too thick. Mix well, and set aside.

4. Set up an assembly line, and lay out 12 cookies, bottom sides up. Spoon or pipe filling with a pastry bag evenly on each cookie. Sandwich each cookie with another cookie until you have 12 whoopie pies or cookie sandwiches. Serve immediately, or store in airtight container.

If filling gets too soft, store covered in refrigerator.