“Incurable,” “autoimmune,” “disease,” “genetic,” “treatment”—these are not the words the media or many consumers associate with a gluten-free diet, but they should. A documentary by Bailey Pryor that is airing on Public Broadcasting System over the next two years aims to change public perception for the better. With a long career producing award-winning long-form documentaries through Telemark Films, Pryor chose to tackle the misunderstood topic of gluten and gluten-related illnesses (celiac, non-celiac gluten sensitivity, wheat allergy). The Gluten Free documentary gives much-needed credibility to non-celiac gluten sensitivity, delves into the importance of preventing cross-contamination at home and in restaurants, highlights medical advances on the horizon, and provides some old-fashioned myth-busting. 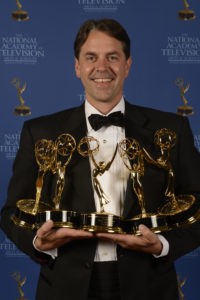 Pryor interviews the food and medical industry’s top experts as well as people diagnosed with non-celiac gluten sensitivity, celiac and wheat allergy to uncover what mainstream media and fad dieters can’t seem to grasp: a gluten-free diet is the only treatment for these conditions. There is no medical cure—eliminating gluten from the diet is the only way to heal the body (and mind) after it has been ravaged by gluten.

While a gluten-free diet is being used as a fad diet trend by the misinformed, to the more than 3 million people diagnosed with celiac and 18 million diagnosed with gluten sensitivity, it is a lifelong commitment not to be taken lightly. Millions are needlessly suffering from undiagnosed gluten-related illnesses, taking an average of six to 10 years to receive a proper diagnosis.

Common questions (such as whether gluten is harmful or not, is it a fad diet or can gluten actually kill people, and why is everyone going gluten free) are answered with accuracy by industry experts in a relatable and understandable manner. I recently spoke with Pryor about the documentary and what he hopes it accomplishes for the gluten-free community.

Gluten-Free Living: What made you decide to tackle this topic?

Bailey Pryor: Gluten-related illnesses are widely misunderstood in the United States. My goal is to provide accurate information about these illnesses, allowing viewers to understand what they can do to help their friends and loved ones who suffer from gluten.

GFL: How did you choose the experts interviewed in the film?

BP: Considerable research led me to the experts and individuals who appear in the film. I chose a wide range of individuals who had differing experiences with gluten, both personally and through scientific research. Their stories help to clarify the full spectrum of information relating to the current science and actual experiences that are common to people suffering from gluten sensitivity and celiac disease.

GFL: The research and production of the documentary took four years. Can you describe your creative process?

BP: I initially develop my films through actual comments from individuals who appear on camera. This means that once I complete the initial research required to identify the experts, I interview all the experts, then review the comments they made on camera. This stimulates additional research and more interviews as the process matures, often taking me several years to complete a film. This protracted timeline also allows for word to get out among my subject community, thus allowing people I didn’t find through my research to make themselves known to me. Having an unrestricted amount of time to produce my films is a luxury in the film industry, and in the end, I believe it results in a far superior film.

GFL: What do you hope viewers take away from the information on einkorn, beer and pizza in the documentary?

BP: The idea with all of them is to investigate how individuals who suffer from gluten have taken matters into their own hands and created steps to rectify the problem. One individual figured out how to implement a bulletproof gluten-free program in his small pizzeria, another individual produced a gluten-free beer from a radical new idea using sorghum extract and a small processed-food manufacturer turned to an ancient grain in hopes of finding a better form of wheat. All are interesting and innovative ways of dealing with a common problem.

GFL: What do you hope people will take away from this documentary:

BP: I hope people learn about the complexity of gluten-related illnesses, the misinformation about fad diets and how to care for your loved ones by preventing cross-contamination.

GFL: What did you learn about gluten that you didn’t know prior to starting your research?

BP: I didn’t realize the extent of damage the human body will inflict upon itself. Celiac disease is a serious illness that has eluded medical professionals for decades. I am hopeful that they can decode this illness soon and commence a more accurate form of detection, treatment and prevention.

GFL: Thank you for shining a light on cross-contamination, which is largely ignored by mainstream media. What made you zero in on this issue?

BP: It seemed to be the obvious discussion point for my film. Others are not discussing it, yet it is such a simple and empowering thing to have this knowledge and then be able to act to help friends who suffer from gluten-related illnesses.

BP: I love that this disease is not solely subject to medical treatment, as in surgery or lifelong medicine dependence. As soon as you find out you have celiac disease, you can take action yourself to cure yourself…to help others. As difficult as celiac disease is, it allows for you to be in control.

PBS plans to stream Gluten Free over the next two years. Check your local listings.