“I had applied through my health fund to have bariatric surgery because I felt hopelessly overweight. Then a neighbor urged me to give a low-carb, high-fat diet a chance,” says Meyers Epstein, 57, a writer in Efrat, Israel.

Adopting a ketogenic diet, she lost 60 pounds in six months — but that wasn’t the only change: “My severe flatulence left me. When I dramatically lowered carbs in my diet, fiber stopped bothering me. My stomach distress had always been about grains and sugar, apparently. I can now eat salads.”

Almost one in five IBD patients tries a gluten-free diet, according to a study from the University of North Carolina (UNC) at Chapel Hill. Of those who do, two-thirds report improved symptoms and 38 percent report fewer or less-severe flare-ups between periods of remission. This was the largest study of the gluten-free diet in patients with IBD, including a total of 1,647 participants. Among these, 314 had tried the gluten-free diet while 135 continue following it, or about 9 percent. The data were drawn from a larger internet-based study of 15,000 patients collected by the Crohn’s & Colitis Foundation. Crohn’s disease and ulcerative colitis both fall under the IBD umbrella (see below).

Crohn’s disease and ulcerative colitis are inflammatory bowel diseases (IBD) that cause chronic inflammation and damage in the gastrointestinal (GI) tract. IBD affects as many as 3 million Americans, according to the Crohn’s & Colitis Foundation. The national annual financial burden is estimated at $31 million.

Crohn’s disease can affect any part of the GI tract from the mouth to the anus. It most commonly affects the end of the small intestine (the ileum) where it joins the beginning of the colon. Crohn’s disease may appear in patches affecting some areas of the GI tract while leaving other sections completely untouched. Inflammation may extend through the entire thickness of the bowel wall.

Ulcerative colitis is limited to the large intestine (colon) and the rectum. The inflammation occurs only in the innermost layer of the lining of the intestine. It usually begins in the rectum and lower colon but may also spread continuously to involve the entire colon.
For more information, visit crohnscolitisfoundation.org.
**

Animesh Jain, MD, associate professor of medicine at UNC, did not work on the study but says it is valuable because of its size. “It also reports patient-reported outcomes, which we are factoring more and more into clinical practice,” he explains.

“But that is not the end-all of treatment for IBD,” Jain says. “Both Crohn’s disease and ulcerative colitis lead to structural inflammatory damage to the bowel, which can include redness of the lining, deep ulcers and complications like blockages of the intestines. When I’m treating somebody with IBD, their symptoms are an important part of what’s going on, but the other piece of the story is: How does their bowel look?”

Bowel healing can only be assessed by clinical tests. Like celiac, IBD is an autoimmune disease with no known cure. Unlike the link between gluten and celiac, specific environmental causes of the inflammation remain unknown.

“Unfortunately, we don’t have great research for any specific diet that will either prevent the disease from starting or ameliorate the inflammatory disease once it starts,” Jain says.

A large multicenter study now underway is investigating two diets that might relieve symptoms of Crohn’s disease. It includes the Specific Carbohydrate Diet, which is low in complex carbohydrates, and the Mediterranean diet. For now, doctors typically do not prescribe dietary changes as a frontline treatment.

“Usually when we see patients in the clinic, they are quite ill,” Jain says. “They have active inflammation, which can lead to intense diarrhea, bleeding, weight loss or other complications. In that situation, we usually rely on more potent, traditional pharmacologic therapy.”

Once IBD is controlled, many patients manage it by identifying trigger foods and eliminating them during flare-ups. Difficult-to-digest foods can include insoluble fiber, nuts, seeds, and raw fruits and vegetables.

Ines Pinto-Sanchez, MD, assistant professor of medicine in gastroenterology for the Michael G. DeGroote School of Medicine at McMaster University in Hamilton, Canada, says the UNC study highlights another problem: Many people attempt a gluten-free diet, experience improved symptoms and then attribute gluten as their trigger. “[But this] does not necessarily mean they will remain without symptoms or that it will lead them to remission. What is lacking is studies evaluating the real effect of a gluten-free diet in IBD.”

This can lead patients to stick with a gluten-free diet despite recurring IBD symptoms, which Pinto-Sanchez says she would not encourage.

A possible overlap between celiac and IBD may be obscuring the evidence. A few studies have looked for an increased prevalence of both diseases in the same patients. Results vary widely. An Australian meta-analysis published this year pooled all the data for more conclusive results. It found a slightly higher risk for celiac among IBD patients. Conversely, the rate of IBD among celiac patients was 11 times higher than in the general population.

Pinto-Sanchez says the link isn’t surprising because both conditions involve immune reactions. “What is not very well known and clear in those studies is whether gluten-free diets will have the same effect in IBD as in celiac disease,” she says.

If an IBD patient sees improvement on a gluten-free diet, Jain says, “It would be relevant to formally test the patient for celiac disease because that would obviously be a major change in how we treat them. If we’re treating both Crohn’s disease or ulcerative colitis and celiac disease in the same patient, that adds important implications.”

Kelly Issokson, RD, of Cedars-Sinai medical center in Los Angeles, agrees. “If my patient is interested in starting a gluten-free diet, I recommend first getting tested for celiac disease before going gluten free,” she says. “Testing for celiac has many benefits, including helping the patient understand how strict they need to be on a gluten-free diet.”

The role of FODMAPS

Issokson says benefits of a gluten-free diet might not relate directly to gluten: “Gluten-containing foods are also a significant source of fructan, a type of FODMAP (fermentable oligosaccharides, disaccharides, monosaccharides and polyols), which has been associated with functional gastrointestinal symptoms in irritable bowel syndrome and IBD.”

Recent analysis by Chinese researchers found IBD patients on a low-FODMAP diet showed significant improvement in multiple symptoms.
“Thus, a short-term, low-FODMAP diet or even a diet with a reduction in fructans may be a better choice and lead to symptom improvement without the need to follow a long-term gluten-free diet,” says Issokson.

Pinto-Sanchez says she would not advise any IBD patient who is in remission and doing well to try a restrictive diet. “The gluten-free diet is not benign. It can lead to nutritional deficiencies,” she notes.

“For symptom management, I educate patients about the importance of a balanced diet for gut healing and overall health, about foods and eating behaviors that commonly contribute to gastrointestinal symptoms, and about the role of physical activity and stress reduction in helping to manage them,” Issokson says. “Restricted diets can decrease quality of life, increase risk for malnutrition and slow the healing process. My goal is to help achieve nutritional balance through the least restrictive diet possible.” 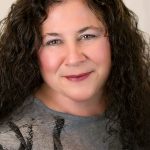 After Kat Leffler, 55, started having digestive symptoms, she was diagnosed with colitis. A freelance consultant and copywriter in Omaha, Nebraska, she questioned the diagnosis and concluded she was gluten-sensitive but could not persuade doctors to investigate.

When she first reported stomach complaints to her doctor in September 2014, she was given FODMAP and DASH diet brochures. Three months later, she landed in the emergency room (ER) with cramps, no bowel movements and vomiting. She was diagnosed with colitis and, over several ER visits, prescribed drugs to treat infection and symptoms.

“I already had suspicions about commercial food production, and this led me to the Paleo practice,” says Leffler. “It is entirely gluten and grain free. This was hard. It was almost impossible to eat out anywhere that would be compliant. In the beginning, I didn’t have many recipes or ideas, so it was also boring.”

After 90 days and again after 180 days of clean eating to reset her immune system, she would try a slice of pizza or two and end up back in the ER. She identified grains and legumes as primary irritants, while dairy affects her respiratory system. In 2016, she went to a gastroenterologist, who gave a full battery of tests. The doctor placed her on the spectrum between irritable bowel syndrome and IBD, closer to the IBD end. Again she received FODMAP and DASH diet brochures, “neither of which are gluten-free eating,” says Leffler.

When she raised her concern about gluten sensitivity, the doctor dismissed it by telling her that “everybody says they have a gluten issue these days,” Leffler recalls.

She still follows a gluten-free diet pretty strictly: “I have to if I want to function.” 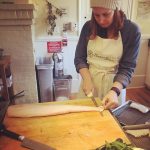 Heather Sliwinski, 32, began having symptoms in 2010. The San Francisco public relations professional went through a few doctors and many different tests leading to a diagnosis of Crohn’s disease in 2013. Sliwinski says she went gluten free in 2011 after a year of symptoms, without support from any doctors.

“In the three-year gap between the onset of Crohn’s and diagnosis, I felt helpless. I wasn’t getting any answers, but I also wasn’t getting any suggestions on ways to improve my symptoms. I wanted to take my health into my own hands and do anything to relieve my gut issues,” says Sliwinski.

On the Specific Carbohydrate Diet, which removes complex carbohydrates including gluten, her symptoms continued to improve without medication. After a year on the diet and trying a new gastroenterologist, she had a second colonoscopy. Her intestines looked healthy and without inflammation compared to one a year earlier that showed indeterminate microscopic colitis.

Sliwinski says, “The new doctor supported my diet and was very interested in its effect on IBD from her own research perspective.”

She recalls, “After being gluten free and grain free, I was slowly able to add raw fruits and veggies back into my diet, which are notoriously hard for IBD patients to tolerate. Seven years later, I am still strictly gluten free, lactose free, and avoid many grains and sugars. I am not on any medication specifically to treat Crohn’s and can tolerate a much wider range of foods.”

Sliwinksi says she has no plans to ever eat gluten again: “I remember what life was like before I made these dietary changes. I would never go back to the pain, the numerous trips to the bathroom, the fatigue and the anxiety just to eat a slice of bread.”

Van Waffle is a freelance journalist in Waterloo, Canada, and research editor for Gluten-Free Living. He blogs at vanwaffle.com.