How many times has someone told you “a little gluten won’t hurt you?” Fortunately, those who have lived with diagnosed celiac for a while automatically disregard such false assertions. However, for those new to gluten-free living, sifting through the common gluten and celiac myths can be overwhelming. To help navigate the sometimes-confusing world of celiac and the gluten-free diet, two experts weight in on five popular—but inaccurate—myths.

It’s OK to eat just a little bit of gluten. 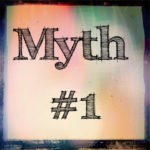 Unfortunately, this is one of the most common phrases you will encounter. “Ingesting even minute amounts of gluten is dangerous if you have celiac disease,” according to Amy Burkhart, MD, RD, an integrative physician and dietitian. “Even if someone doesn’t have significant outward symptoms from the ingestion, internal damage is occurring. Studies show that at a level of 50 milligrams [equivalent to a crumb of bread], damage occurs to the intestine in most people with celiac disease. This leads to a multitude of symptoms, which vary from person to person.” Over time, the risk of long-term consequences, including heart disease, autoimmune disorders and cancer, can increase with gluten exposure.

If I take a digestive aid, I can have some gluten. 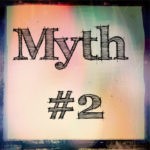 I don’t have the same symptoms as others with celiac, so I must be fine. 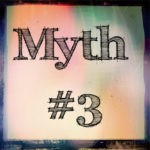 Never assume that you are fine because you don’t have the same issues after ingesting gluten as someone else with celiac. As Arshad Malik, MD, explains, “Celiac disease can present itself with a myriad of symptoms, such as diarrhea, abdominal pain, abnormal liver enzymes, iron deficiency anemia and recurrent migraine headaches, to name a few.” He notes that, “It’s important to test for celiac disease if there is suspicion…It’s also recommended that asymptomatic first-degree relatives of patients with confirmed diagnosis of celiac disease get tested.”

I’ll give up gluten for a few months and see how I feel instead of getting tested for celiac. 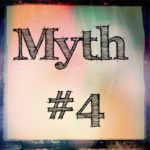 You may think you’re doing yourself a favor by seeing how your body reacts, but you can’t accurately diagnose yourself this way. “Beginning a gluten-free diet without appropriate testing isn’t recommended,” Malik says. “This is because the symptoms of celiac disease can be nonspecific, and blood work or a biopsy of the small intestine is essential to make the diagnosis.”

The gluten-free diet will help me lose weight. 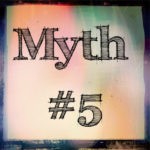 Malik weighs in to put this myth to rest: “Weight loss occurs when you burn off more calories than you consume, not by avoiding gluten. Not all gluten-free foods are equally nutritious. For example, an apple and a gluten-free sugar cookie are both gluten free but vary drastically in nutritional value.”

Want to learn more about celiac and following a gluten-free diet? Read “What is Celiac Disease?” and “The Basic Gluten-Free Diet.”