Last month at the 2019 Digestive Disease Week conference in San Diego, the Celiac Disease Foundation — the leading advocacy and research organization for celiac disease in the United States — announced the two recipients of its 2019 Young Investigator Research Grant Award.

This award is given to younger researchers who are undertaking innovative, promising work related to celiac disease. It’s intended to give a boost not just to the research itself, but to the profile of both the researcher and the project — signaling the ways in which celiac disease treatment and management may be heading.

Here’s an overview of what this year’s recipients, Benjamin Lebwohl, MD, and Jocelyn Silvester, MD, are doing with their research grants. 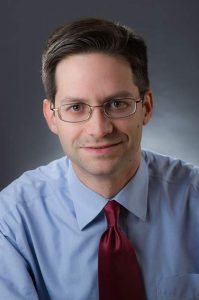 Lebwohl, a gastroenterologist who is director of research at the Celiac Disease Center at Columbia University in New York City, has been awarded $145,650 to support a project studying the link between gluten exposure and subsequent symptoms.

“When people with celiac disease accidentally eat gluten some feel extremely ill, some feel no symptoms, and most people feel something in between,” says Lebwohl. “We are testing the theory that it is the intestinal microbiome — the communities of bacteria that live inside us — that affect the relationship between gluten exposure and symptoms.”

The core of the project involves collecting specimens of gut bacteria from people with celiac disease before, during, and after gluten exposure, then analyzing the composition of the bacteria.

Lebwohl calls the wide variety in reactions to gluten exposure “one of the abiding mysteries in celiac disease,” and hopes to make this phenomenon just a bit less mysterious. By figuring out why certain people react the way they do, he says, it may be possible to develop new strategies to prevent symptoms after exposure.

“This project addresses one piece of the puzzle” that celiac disease represents, says Lebwohl — “namely, the limitations of the gluten-free diet and the fact that nearly everyone gets exposed to gluten at some point.” 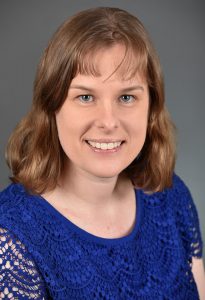 Silvester, a gastroenterologist at Boston Children’s Hospital and instructor of pediatrics at Harvard Medical School, has been awarded $180,000 to study whether a new blood test could help diagnose celiac disease in children.

The new test detects immune cells in the blood, known as T cells, that recognize gluten — indicating that they may be part of an immune system attack related to gluten exposure.

”Right now, available tests for celiac disease work best on patients who are eating gluten,” says Silvester. “Many people who stop eating gluten before seeing their doctor are told to go back to eating gluten for a period of time,” which can lead to unpleasant symptoms and intestinal damage — all in the name of an accurate diagnosis.

Silvester’s project investigates whether the new test can measure T cells activated by gluten in children who are already following a gluten-free diet. It will also explore how celiac disease develops by looking at the presence of these T cells in children with “potential celiac disease,” meaning that they have antibodies (immune system proteins) that suggest celiac disease but normal results from a small intestine biopsy.

”We hope this new blood test will provide a way to diagnose celiac disease in patients who are already on a gluten-free diet,” says Silvester. “This has the potential to revolutionize how patients are diagnosed, and may mean that gluten challenges and intestinal biopsies are no longer needed for many patients.”