Once thought to afflict mostly Caucasians, celiac disease is becoming cosmopolitan. It appears with higher-than-expected frequency in parts of North Africa, the Middle East and Asia. In India, it poses a growing public health concern. Meanwhile, in North America, evidence suggests patients and doctors need to stop assuming it affects primarily white people from Western Europe.

A new study of celiac disease and ethnicity in the United States emphasizes its diversity. Researchers found that people from the Punjab region of northern India were more likely than other Americans to have celiac disease, while the prevalence is also high among people of Jewish and Middle Eastern background.

One thing is clear: Celiac disease is becoming more common almost everywhere. A 2015 review of research by German and Israeli scientists found that the worldwide incidence has increased by 9.8 percent per year over the past 60 years. Many factors may have contributed, such as increased wheat consumption, changes in microbiology of the human gut, increasing awareness by doctors and patients, and improved means of diagnosis. However, environment seems to play a bigger role than genetics in the rising problem of celiac disease, because people from diverse genetic backgrounds are getting sick. 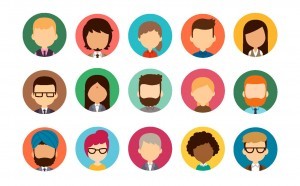 Celiac disease is present in nearly 1 percent of the U.S. population,” says Benjamin Lebwohl, M.D., gastroenterologist and researcher at the Celiac Disease Center at Columbia University, New York. “Though the ‘nearly 1 percent’ figure has been cited for more than a decade in the U.S., we live in a multi-ethnic society, and to date there has been very little known about how rates of celiac disease vary between ethnic groups.”

The study, published in Clinical Gastroenterology and Hepatology, looked at 454,885 people who had biopsies of the small intestine submitted to a national laboratory between 2008 and 2015. A biopsy detects characteristic damage to the gut lining and is considered the gold standard method for diagnosing celiac disease. Researchers compared the prevalence of such damage among patients from various ethnic groups.

Lebwohl, one of the study’s authors, explains, “we used a previously developed method that categorized patients’ ethnicities based on first and last names.”

Self-identified individuals within each ethnic group checked the name classifications. Then the lists were checked with physicians in sample practices containing members of ethnic groups. “The method was found to classify ethnicity with a high degree of accuracy, well over 90 percent,” says Lebwohl.

“I was struck by the results regarding patients from India,” says Lebwohl. “The rate of celiac disease varies tremendously depending on the region of that country that we’re considering.”

He adds, “As we were doing this analysis, and came upon this result, we discovered that a screening study conducted in India had just come to a similar conclusion: wide variability in the rate of celiac disease depending on the region, with a northern dominance.”

The Indian study, published this year in the American Journal of Gastroenterology, screened 23,331 people across India using blood tests. Researchers found a prevalence of celiac disease antibodies of 1.23 percent in northern regions, 0.87 percent in the northeast, and 0.10 percent in the south.

Alessio Fasano, M.D., director of the Center for Celiac Research and Treatment at Massachusetts General Hospital in Boston, says the variation among ethnic groups in the United States comes as no surprise.

“I would say that this study confirms what was known already,” says Fasano. “If you have a genetic predisposition and you are exposed to gluten in the environment to trigger it—and the United States is definitely a perfect terrain in terms of exposure to gluten—the recipe [to develop celiac disease] is there.” Cultural habits also have an effect, he adds.

Disparities of prevalence have been recognized for decades in India, where genetic variability is much more limited than the range of cultural practices. Diets are particularly variable. Southern India relies much more heavily on rice, which is gluten free, whereas wheat is more popular in the north, particularly Punjab.

Celiac disease was first described in Punjab as summer diarrhea, says Fasano. The same patients experienced this condition every year. With no apparent intestinal parasite to blame, the patients’ diet was determined to be the culprit—specifically chapatis, flatbreads eaten as a staple food.

“The bread they ate during the summer is made with wheat and during the winter it is made with maize, which is gluten-free,” says Fasano. This observation led to screening, which indicated a high prevalence of celiac disease in Punjab.

Highlighting the point that celiac disease arises from cultural practices, it has recently been documented in China. It had never been described there before, but as the Western diet becomes more popular, it opens the borders to celiac disease.

The genetics of celiac disease

In North America, few studies concerning ethnicity have been undertaken. Most concentrated on the difference between non-Hispanic whites and Hispanic people or non-Hispanic blacks. Both these minority groups appear to be less susceptible to celiac disease. However, some experts argue that celiac disease may be underdiagnosed in their communities.

The rarity of celiac disease among the Hispanic and African-American populations presents a puzzle. The highest incidence of celiac disease ever found occurred in northwest Africa among Saharawi refugees in Algeria: 5 to 6 percent. According to several studies, Caucasian Americans and African Americans have similar genetic predisposition to the disease. Authors of the Mayo Clinic study argue that an as-yet-unidentified gene might protect non-Hispanic blacks against celiac disease.

In some parts of the world, poor economic conditions seem to protect people against celiac disease. A 2008 study focused on people from the same genetic and cultural backgrounds in Finland and Russian Karelia. Celiac disease was less common on the poverty-ridden Russian side of the border. However, other studies have refuted the theory that communities with lower socioeconomic status are less vulnerable.

Some experts suspect celiac disease may be hidden among African Americans because they are less likely to get diagnosed. Lebwohl worked on a 2012 study that found disparities in the way endoscopies are conducted. Gastroenterologists use endoscopy to look inside the small intestine. Based on what he or she observes, the specialist may decide to take tissue samples for a biopsy, which is essential for diagnosis.

“African Americans and Hispanics were less likely to have a biopsy of the small intestine during the procedure, even if it was done to investigate signs of celiac disease such as iron-deficiency anemia or diarrhea,” Lebwohl reports. “In other words, celiac disease might have been missed.”

Fasano agrees that more research needs to look at the prevalence of celiac disease in certain cultural groups: “What is totally missed in my humble opinion is a systemic survey in African Americans and Native Americans.”

Results of the latest study, he adds, “underscore the notion that celiac disease is not a condition that only or predominantly affects those of European ancestry.” GF

Van Waffle is research editor for Gluten-Free Living. He blogs about nature, gardening and local food at vanwaffle.com.