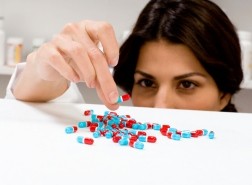 most likely will be prescribed in combination, according to GlobalData, a research and consulting firm.
Sales of the drugs in the United States and Europe could reach $551 million by 2023, according to Abhilok Garg, Ph.D., GlobalData’s analyst covering Immunology.

Research presented at the recent United European Gastroenterology Week in Vienna, Austria, revealed that Alba/Teva’s larazotide acetate and Alvine/AbbVie’s latiglutenase appear to be gaining equal footing in the race to enter the celiac disease market, according to Garg.

Larazotide acetate is expected to launch in early 2018 in the United States with latinglutenase following in 2019. Garge says in a press release that key opinion leaders interviewed by Globaldata from May to September “suggested that the two drugs are likely to be prescribed to patients in combination, due to their differing but complementary mechanisms of action.”

More on the GlobalData report is available here.

One thought on “New Celiac Disease Drugs Getting Closer”