World-renowned pediatric gastroenterologist, research scientist and entrepreneur Dr. Alessio Fasano is chief of Pediatric Gastroenterology and Nutrition at MassGeneral Hospital for Children. Dr. Fasano directs the Center for Celiac Research and Treatment, specializing in the treatment of patients of all ages with gluten-related disorders, including celiac disease, wheat allergy and gluten sensitivity. He is also a member of the Gluten-Free Living Medical Advisory Board.

Once a month, Dr. Fasano will be answering questions about celiac disease for Gluten-Free Living readers. This month, he covers over-the counter medications that claim to alleviate celiac symptoms, alternative or complimentary treatments for celiac disease, and the neurological consequences of celiac disease. 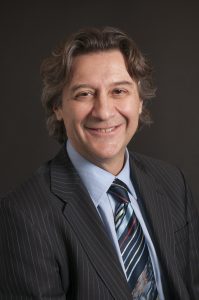 I have seen plenty of over-the-counter medications that claim to alleviate celiac symptoms. Are any of those worth buying, and which would give me the most bang for my buck?

All of the over-the-counter medications that claim to alleviate symptoms of celiac disease have not, unfortunately, undergone the necessary scrutiny to establish their efficacy, and most important, their safety, as required by the Food and Drug Administration.

Are there complimentary or alternative treatments people can try, along with or instead of avoiding gluten, to help alleviate their celiac symptoms?

At the moment, there is no treatment alternative or complementary to the gluten-free diet that has been approved for use by celiac disease patients. Therefore, the most bang for your buck is to keep your money in your pocket and carefully watch the ongoing studies that are fulfilling the criteria to eventually be used as complementary interventions to the gluten-free diet. The best way to follow these studies is to visit www.clinicaltrials.gov and search for celiac disease treatments.

What are the behavioral or neurological consequences of celiac disease? Is there a connection between the gut and the brain?

Among the symptoms typically experienced by celiac disease patients, problems related to behavioral or neurological symptoms of the brain are experienced quite frequently. How gluten triggers these types of symptoms is an object of ongoing debate, with several non-mutually exclusive theories that have been postulated.

The early steps are common, no matter what kind of theory is embraced. Namely, fragments of undigestible gluten peptides sneak through the gut barrier and into the space underneath the lining of the mucosal cells. According to one theory, some of these peptides are very similar, both structurally and functionally, to chemicals in the brain called endorphins that control our behavior (for this reason, they are called gliadorphins). When these peptides reach the bloodstream and cross the blood-brain barrier into the brain and interact with endorphin receptors, it can result in behavioral change.

An alternative theory suggests that these undigested fragments will instigate the immune system to induce inflammation. Some of the immune cells that have been activated by gluten will stay on the “battlefield” of the gut. This can cause the typical inflammation that characterizes celiac enteropathy like blunted villi and elongated crypts, etc. Other immune cells will eventually leave the battlefield and travel to other districts of the body, including the brain, where they can cause neuroinflammation, which translates into the signs and symptoms that celiac patients may experience in terms of changing behavior or neurological symptoms such as gluten ataxia.