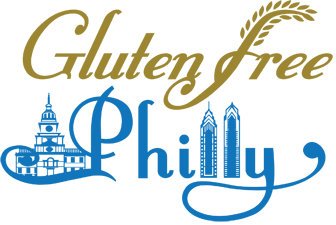 On Sunday, April 6, blogger Michael Savett will join the Gluten-Free Living Conference for a two hour panel presentation, “Talking with Gluten-Free Experts.” We’d like to introduce you to him by showcasing his work.

Michael Savett has written many articles for Gluten-Free Living magazine and is an active blogger in the gluten-free space. In his spare time he is also dad, lawyer, product sleuth and gluten-free advocate.

Here is an excerpt from Michael’s Gluten-Free Philly blog where he documents the gluten-free accommodations on his family cruise vacation.

If you have a glass-half-full outlook, the mention of cruising ought to trigger memories of “The Love Boat” rather than, say, “Titanic.” While some things stay the same – the purser, the cruise director and the bartender are still mainstays – modern cruise vacations have evolved to the point where many guests don’t even leave the ship given the many activities on board.

After spending a few days in Orlando to kick off our summer family vacation in August, we drove to Port Canaveral, where we dropped off our rental car and shuttled to Royal Caribbean’s Enchantment of the Seas for a three-night trip to the Bahamas. The Enchantment, which sails year-round between Florida and the Bahamas, is part of an older class of ships in Royal’s fleet but was overhauled in 2005.

Eating is a big part of a cruise vacation. Meals are included in the cost – an “all inclusive resort” of sorts. Since we booked less than a week before departure, I was concerned that Royal wouldn’t have enough time to stock the galley with gluten-free foods for our older son. We brought some bread and snacks with us just in case, but it wasn’t needed.

The ship wasn’t going to depart until 4 p.m., so we ate lunch at the Windjammer Cafe, the only area open for lunch when we boarded. Knowing that the Windjammer is Royal’s signature buffet option, I found a chef who pointed out that the gluten-free items were labeled. He also mentioned several other foods, like grilled fish, that were safe if prepared separately. The chef was kind enough to prepare a fresh fish fillet since he was concerned that the ones on the buffet could have been cross-contaminated by the soy sauce nearby.

By the time we finished lunch, our staterooms were ready.

Read the rest of the post here: Smooth Sailing

What Should I Eat? Dealing With Gluten-Free Decision Fatigue
Share This