Skip to content
Gluten-Free Living > Gluten-Free Lifestyle > Does Gluten in Beauty Products Pose Any Risk to Those with Celiac Disease? 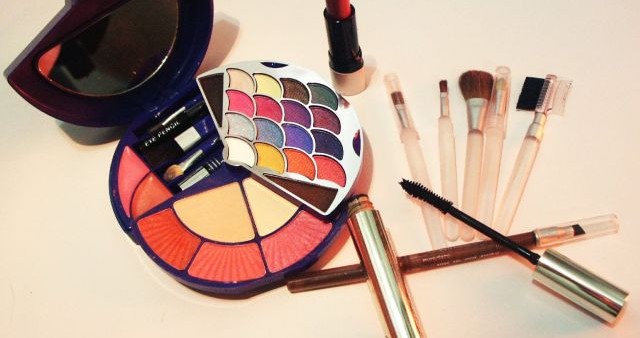 A new study that concluded gluten is not clearly labeled on beauty products recently generated a buzz in the gluten-free world.

The study, presented at a meeting of the American College of Gastroenterology, showed that the top 10 cosmetic companies in the US rarely clearly label gluten from wheat, barley, rye or contaminated oats.

It also raised questions about whether unidentified gluten in cosmetics and other toiletries poses a risk to those who have celiac disease.

Contrary to the way the findings were interpreted on some gluten-free blogs, the study did not provide any evidence that beauty products can be absorbed through the skin. Instead, it concluded the risk comes from ingesting these products. But the small preliminary study did not scientifically establish a definite link between any gluten in beauty products and harmful effects for those who have celiac disease.

Researchers from George Washington University started looking into gluten-labeling of cosmetics after a patient with celiac disease reported stomach problems and a skin rash and was found to have dermatitis herpetiformis through a skin biopsy. The patient was following a gluten-free diet but had recently started using a new body lotion. When she stopped using the lotion, her symptoms disappeared.

Based on the biopsy results and intestinal symptoms, Pia Prakash, MD, a resident in internal medicine, and Marie Borum, MD, lead author and professor of medicine, concluded the patient had unintentionally ingested some of the lotion. Consequently, the researchers did an Internet search of the largest cosmetics companies, where they discovered that information about gluten in beauty products is difficult to find. “Gluten-containing cosmetics can inadvertently be obtained by the consumer,” the labeling study concluded. It also noted that use of these products “can result in an exacerbation of celiac disease.”

“The main point was to increase awareness in the gluten free community and among healthcare providers,” Prakash said. “The second point was that there is such a discrepancy between food that is labeled and other products.”

Alessio Fasano, MD, director of the Center for Celiac Research at the University of Maryland said nothing has changed regarding the scientific conclusion that gluten is not absorbed through the skin. He pointed out that the labeling study was not designed to address the harm cosmetics containing gluten can cause to those with celiac disease or dermatitis herpetiformis.

“When talking about beauty products, we are not talking about it being absorbed topically,” Prakash said. “But a small amount ingested by an ultra sensitive patient can cause symptoms.”
It’s not known how the patient in the case study ingested the lotion, which lotion the patient used, what ingredient in the lotion contained gluten, or how much gluten the lotion contained. Although both the case study and the labeling study it prompted were presented at the gastroenterological meeting, they were not published in a medical journal and did not have to meet the strict criteria, including peer review, which is required for such publication.

“This was very preliminary. I hope it takes gastroenterological researchers into more studies to investigate because we think it is harmful.” Prakash said. “But this was nowhere near a randomized, placebo-controlled study.”

It is possible for someone to ingest topical agents by licking the skin or lips to which they have been applied, said John Zone, MD, a recognized expert on dermatitis herpetiformis and chair of the University of Utah’s department of dermatology.  “Some people are very sensitive to small amounts of gluten so I do think enough lotion could be ingested,” Zone said, noting lipstick might have the most potential to be problematic.

Pamela Cureton, dietitian at the celiac center’s growth and nutrition clinic, said it appears unlikely there would be enough gluten in beauty products to cause problems for those with celiac disease. But since the issue has not been studied, she advises celiac patients to wash their hands after applying lotions. “I think simple hand washing after applying a wheat-containing lotion is not unreasonable – maybe unnecessary though,” Cureton said.

After the cosmetics study was published Prakash read many Internet blogs by celiac patients who said they do react to skin products. “One said it well (when) she suggested that if you rub lotion on your hands and then eat a cookie, you might also eat some gluten,” Prakash said. “I can’t say it will affect everyone, but it is quite obvious it is happening.”

She said lipstick and foundation makeup have even more potential to be swallowed and labeling on these products is very difficult to decipher. “You have to be a scientist,” she said.

Lipstick has always been troublesome for those who follow the gluten diet. While swallowing hand lotion, shampoo and other toiletries is most likely very limited, it’s clear some lipstick is ingested. But when Gluten-Free Living researched the topic in 2010, we found that based on the ingredients typically used in lipstick even in the worst case scenario you would not consumer more than 5 parts per million of gluten, an amount far less than the 20 parts per million the Food and Drug Administration is proposing as a standard for foods labeled gluten free.

What can those who live a gluten-free life conclude about the potential dangers of gluten in beauty products? In deciding, you’ll want to consider several factors:  the amount of cosmetics and lotions you use, the odds of their containing any significant level of gluten, and the likelihood of your swallowing any amount that could be harmful.

But Prakash said she thinks gluten-free consumers should be cautious. “Our message remains. Beware.”

As with everything regarding the gluten-free lifestyle, you have to make a personal choice. Some gluten-free consumers choose to use only make up and other personal care products that are gluten free.

You many decide you do not want to take the risk, no matter how small and seemingly unlikely, of ingesting gluten through make up, lotion and shampoo. Although the top ten cosmetic companies don’t clearly label gluten, a number of specialty companies sell gluten-free personal care products. Included are Arbonne, Afterglow, Gluten-Free Beauty, Gluten-Free Savonnerie soaps, Juice Beauty, Uber Beauty, Nars and Sephora. To get details about gluten in mainstream products, your best source of information is the company customer service line.

If you are someone who sees the possibility of ingesting gluten from beauty products as slim, you might decide it’s not worth the worry. Either way, keep in mind that the only way gluten in cosmetics, lotions, shampoos and other products poses a problem is if you swallow it.

Amy Ratner, Associate Editor of Gluten-Free Living, has written extensively about gluten in food and medications and labeling of gluten-free products.