Use this advice to ensure everyone will clamor for a piece (or two!) of delectable gluten-free pie.

Who doesn’t love pies? Apple and sweet potato are two of my favorites. Pies are quite simple but can become quite complicated, especially if you are not patient. There are many types of pies, ranging from different fruit fillings to custardy soft-filled ones (like sweet potato). Chocolate or banana are examples of cream-filled pies, and you can also make ones with unique fillings or special types of unusual crusts. Whichever is your favorite, a gluten-free version should be in the picture.

So, let’s begin with the crust. Crust should not be taken for granted, unless you decided to use a pre-made shell. It does take some dedication to produce, especially as a gluten-free variety. Compared to a gluten-flour-based dough, the gluten-free version is much less complicated to mix but can be difficult to roll out. Commonly, it is the flour that is the issue. Traditionally, a gluten-based pie crust uses pastry flour, a soft-textured, unbleached flour with around 7 to 10 percent protein. Of course, that low amount of gluten protein is quite significant to the ability to roll out the dough. There are other factors, too, which I’ll get back to later. I find that using a gluten-free combination of flours, where at least one is very high in protein (whether it is “pulse” source, dairy or egg-based) is best to begin with. The other flours of course should be gluten free, and can be mainly of a high carbohydrate-starch source.

The fat, well of course unsalted butter is preferred, but if dairy is a concern select the type that you are happy with. The main thing that I do, I melt/liquefy the fat. Why? Because typically the fat is left in solid pieces, in order to assist in the flakiness in the baked crust. The problem with a gluten-free dough/crust is, without the gluten protein present, water and fat vapors won’t be trapped correctly. In turn, the flakiness becomes greasy sections, which can then fry the crust. So, I melt the butter just enough to mix into the dry ingredients, while making sure that it is not added in when hot. I also consider using a little less in a recipe and compensate with extra water.

Speaking of water, that is the most common liquid used in pie dough recipes. Sometimes other liquids, such as skim milk or fruit juices, might be used. I prefer to keep it simple and neutral in taste. As mentioned previously, I add extra water in order to assist in keeping the gluten-free flours well hydrated. Plus, the water is a key ingredient in providing much of the texture in a pie crust/dough. Why/how is this so? Most folks look only at the role of the fat as the primary contributor to the tenderness/flakiness. That’s OK, but the water/liquid help to provide texture and some tenderness (in conjunction with the tenderizing effects from the fat) by being trapped in the flour. The flour absorbs the liquid, which turns into steam during the baking process. The starches and proteins hold that steam, causing additional rising in conjunction with the effects from the fat’s role. In a gluten-based flour pie, a small amount of vinegar or lemon juice is used to relax the gluten. This is not necessary, of course, for gluten free.

The bottom line on pie

As far as a recipe is concerned, I’ll leave you with the following advice. Make your own dough, if possible. If not, there are many offerings of pie dough/crust dry mixes you make according to the specific directions on the package. You should be able to find a select few varieties of already-mixed gluten-free pie dough. So, if you are willing to mix your own, begin with the most common recipe ratio that most bakers use: 3-2-1 pie dough. Of course, this ratio is based on weight amounts, not volume. The reference of three is for the total flours, two is for the fats, and one is for the liquid. The main adjustment that I lean toward is to use only 1.5 (instead of two) parts fat, and increase the liquid to 1.25 parts (again, it’s all base on weight).

As with gluten-based pie doughs, it is best to mix the dough, followed by resting time (of a few hours to overnight) in the fridge. This will allow all of the ingredients to fuse together and re-solidify the mixed-in melted fat into the flour matrix. It will also help to reduce the amount of dusting flour needed during the rolling out of the dough. Using too much dusting flour may ease your rolling time, but later that extra flour will make the baked crust too dry and crumbly. I prefer to also roll out a gluten-free dough in between two sheets of clear, food-grade plastic or wax paper. Parchment paper can suffice also. Use a high-carbohydrate-starch content gluten-free flour for dusting.

As far as fillings are concerned, use what you find is best. Of course, make sure that the ingredients are gluten free. Try not to make a fruit-filling double crust too tall in height, because the fruit (especially with homemade apple chunks) filling can break through the gluten-free crust over time. I do love a slice of sharp cheddar cheese on top of apple pie, both slightly warmed. Yum!

Looking for more gluten-free tips for the kitchen? Check out Richard Coppedge Jr.’s past columns: 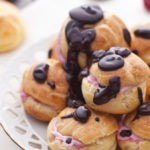 Make Your Own Gluten-Free Pate a Choux 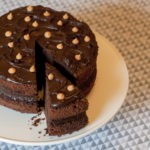 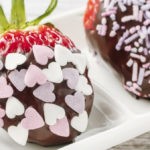 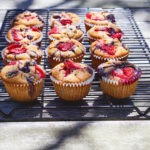 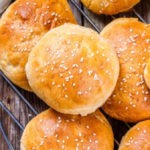 What To Do if You Get Glutened
Share This