I was receiving a prescription generic medication and was having no problems with it. With my last refill, I received another company’s brand. After taking the medication for a couple of doses, it felt as though I received some gluten. I checked with the drug manufacturer and was told that they do not use any gluten in the manufacturing of that medication. Both my previous brand and the current brand have similar fillers, including some cornstarch. Is it possible that there was some cross-contamination that occurred in the new drug?

There is no standard for gluten levels in medications like there are in food. If a drug company did test its products, the lowest level of detection is 3 parts per million (ppm), and it is known that people can adversely react to gluten with levels as low as 1 ppm. As you are aware, the standard for the food industry is <20 ppm. The Food and Drug Administration (FDA) has stated that wheat, barley or rye are rarely, if ever, used in drug products. It has further stated that if any cross-contamination did occur, it would likely be undetectable. Does this mean that there was no gluten in the new medication? The answer is no; there could be a miniscule amount, and there would be no way to detect that small amount. When you compare this information to what is available for food, you can see that even guaranteed gluten-free food could have levels of gluten high enough to cause an unwanted reaction. Since your medication contained cornstarch, there is a small chance of gluten contamination. Products that contain no grain derivatives lower that chance even further.

What kind of precautions do drug companies employ to minimize the chance of cross-contamination when manufacturing their medications?

There are several engineering controls that drug manufacturers employ, and these apply to drugs manufactured both in the United States and manufacturing facilities in foreign countries that sell their drugs in the U.S. market. They are required to employ systems that minimize the degree of cross-contamination, with building and facilities designed so that the operations performed within do not contribute to an actual or potential contamination. These pharmaceutical drug manufacturers have very defined cleaning procedures that remove any contaminants between batch runs to ensure quality.

Besides my celiac disease, I also have a lactose intolerance. Is there lactose in prescription medications?

Lactose is commonly used as a filler in many drug products. The amount depends on both the type of the drugs and the size of the tablet or capsule. Larger-sized drug products could easily have as much as 120 mg per tablet, the same amount of lactose as in approximately 2 ounces of cheddar cheese. If you don’t have issues with low levels of lactose-containing foods, you are unlikely to have any issues with certain lactose-containing medications. 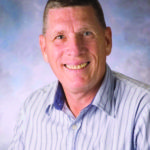 Steve Plogsted, a pharmacist at Nationwide Children’s Hospital in Columbus, Ohio, is an expert on gluten in medications. His website, glutenfreedrugs.com, is widely recognized as the most reliable source of information on gluten-free prescription and over-the-counter drugs. Have a question about gluten and medications? Send it to [email protected].