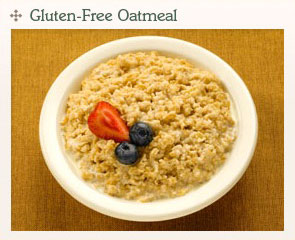 As we trudge through the last frigid months of winter, a bowl of warm cereal can be the best way to start the day before facing the slap of cold air waiting outside the door.

Though mainstream oats do not contain gluten, they have a high risk of cross-contamination during harvesting, storage, milling and processing and are not considered gluten free. But companies in Europe and North America are avoiding that pitfall by using oats grown on special fields and processed in gluten-free facilities. Many are also certified to be gluten free by independent third-party testing companies.

Most, though not all, adults who have celiac disease can tolerate up to three-quarters of a cup of specialty gluten-free oats per day. Children can have up to one-half cup per day.
Nutritionally, hot cereals stack up well against cold. Hot cereal often has more fiber, from the oats, and is generally low in fat and calories, often less than 200 calories per serving. Oats are rich in thiamin, magnesium and phosphorus, and studies have shown that they can help lower cholesterol. Sorghum, a gluten-free grain, is sometimes used in gluten-free hot cereal, upping its protein quotient. 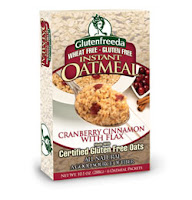 One of the newest gluten-free hot cereals comes from Glutenfreeda Foods, which just launched a new line of instant oatmeal cups. The single serving comes in a disposable paper cup and is available in four flavors. You just have to add hot water.

“We decided to develop it because we had a lot of success with our current instant oatmeal line,” says Jessica Hale, chief marketing officer at Glutenfreeda. The company’s first instant product came in a box with six individual serving packets. “With many of our customers, there is a convenience factor of grabbing it and taking it to work and school,” Hales explains. 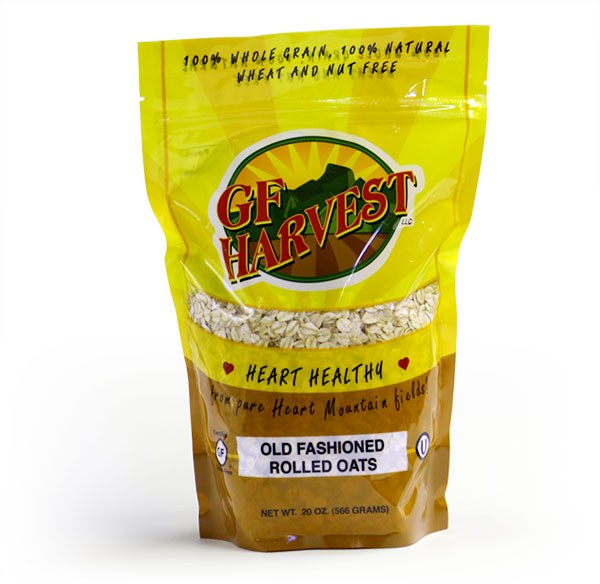 GF Harvest, formerly called Gluten Free Oats, is one of the oldest gluten-free hot cereal companies, established in 1990. It sells bags of gluten-free oats and groats that simmer in the traditional way.

Bakery on Main is a newer player in the hot cereal market, having introduced its instant oatmeal in fall of 2011. It offers four different flavors, as well as a variety pack, with Maple Multigrain Muffin its most popular flavor. Though Cream of Wheat is obviously not an option for those with celiac disease, B&G Foods also makes gluten-free Cream of Rice hot cereal. Before oats were accepted as safe for most of those who follow the gluten-free diet, Cream of Rice was one of the very limited hot options available.

Avena Foods stocks a variety of gluten-free hot cereals under the Only Oats line, including whole-grain rolled oats and whole grain steel-cut oats. 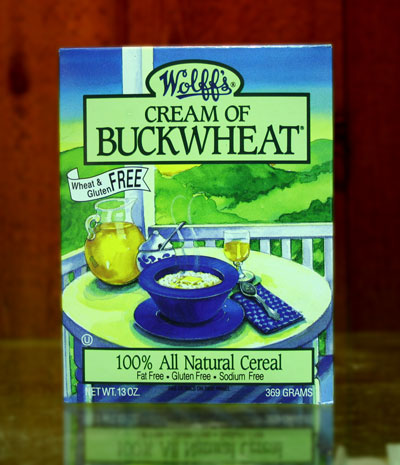 For those who are looking for something a little different from traditional oatmeal, buckwheat cereal is also an option. Buckwheat is naturally gluten-free and tastes a bit nuttier than oats. It is high in fiber, niacin, magnesium and copper. Hodgson Mill makes buckwheat hot cereal with milled flaxseed that has only 1 gram of fat. And The Birkett Mills sells Wolff’s Cream of Buckwheat and Pocono Cream of Buckwheat, an organic cereal with 140 calories per serving.

For now though the gluten-free hot cereal market is a little cool compared to the exploding growth in cold cereal.

Consumers, whether they are gluten free or not, often prefer cold cereal. And there are still fewer choices of hot cereal. Hot cereal accounts for just 11 percent of all cereal sales, according to Nielsen, which tracks consumer spending. It generates about $760 million in annual sales. According to the Global New Products Database from Mintel, a market research company, just one new hot cereal is launched for every five cold ones.

But the future will bring a lot more of hot cereal choices, predicts Glutenfreeda’s Hale. “The whole gluten-free market is still developing and there are new entries in all the time,” she says. “I expect that the variety of hot cereal being offered will change and grow over the course of time.”

Gluten-Free Living features a complete story on gluten-free cold cereal in the March/April issue, due on newsstands Feb 26. You can also subscribe at glutenfreeliving.com.