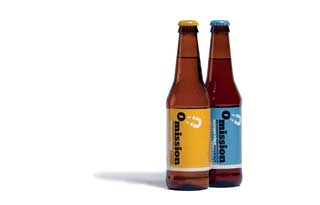 Beer made from wheat and barley then processed to remove gluten still can’t be labeled gluten free.

But that could  change once the agency that regulates labels on the beer reviews its current policy in light of the new gluten-free label rules just approved by the Food and Drug Administration (FDA).

The Alcohol and Tobacco Tax and Trade Bureau (TTB) currently only allows a gluten-free label on alcohol made with gluten-free grains. It applies to beer that falls under TTB regulation, distilled alcohol and wine and hard cider made with more than 7 percent alcohol by volume.

The TTB is reviewing its interim gluten-free labeling policy in light of the FDA’s approval of a 20 parts per million standard for gluten-free labeling and intends to act “expeditiously,” according to Tom Hogue, TTB spokesman. “Any alcohol whose labeling is regulated by the TTB is still subject to the interim ruling,” Hogue said.

The ruling also specifically prohibited use of the label on beer that starts with barley and hops and is processed to remove gluten, for example Craft Brew Alliance’s Omission beer.

The TTB does allow this kind of beer to use a label that says it has processed to remove gluten as long as the label says a gluten-containing grain was used to make the product. The label also has to say there is no valid test to measure gluten content and that despite the removal process the product may still contain gluten.

Hogue said the TTB looks to the FDA for guidance regarding safety and health issues and is doing so in this case. In fact the TTB set up it’s interim rules specifically because it was waiting for the FDA to come up with a definition and standard for the gluten-free label. The FDA regulates the vast majority of packaged food, as well as alcohol outside the TTB’s jurisdiction. That includes beer made with grains other than a combination of barley and hops.

Gluten-free beer made from grains like sorghum and rice are regulated by the FDA, which has allowed a gluten-free label for a number of years. Under the new labeling rules, beer, like all gluten-free products, will have to contain less than 20 ppm of gluten including any cross-contamination during production, storage or packaging.

TTB concern about labeling of beer processed to remove gluten stems from an FDA conclusion that a valid test for determining the gluten content of fermented or hydrolyzed products is not currently available.

The FDA highlighted this concern when it approved a final definition for gluten-free labeling and said it is working on a separate rule to address the problem. When a product is hydrolyzed or fermented, as beer is, harmful gluten proteins are broken into fragments that may not be detected by validated tests. This a subject of debate, with  Craft Brewery maintaining Omission tests well below the FDA standard of less than 20 parts per million of gluten.

Hogue said he could not say whether the TTB is likely to allow a gluten-free label on beers like Omission in light of the FDA definition. While the TTB would like to move quickly to resolve the issue, no deadline for a decision has been set. The TTB reviews labels on a case-by-case basis and has 90 days from the time a label is submitted to decide on approval.

For more details on new gluten-free labeling rules see our articles on:

One thought on “Gluten-Free Beer Labeling”