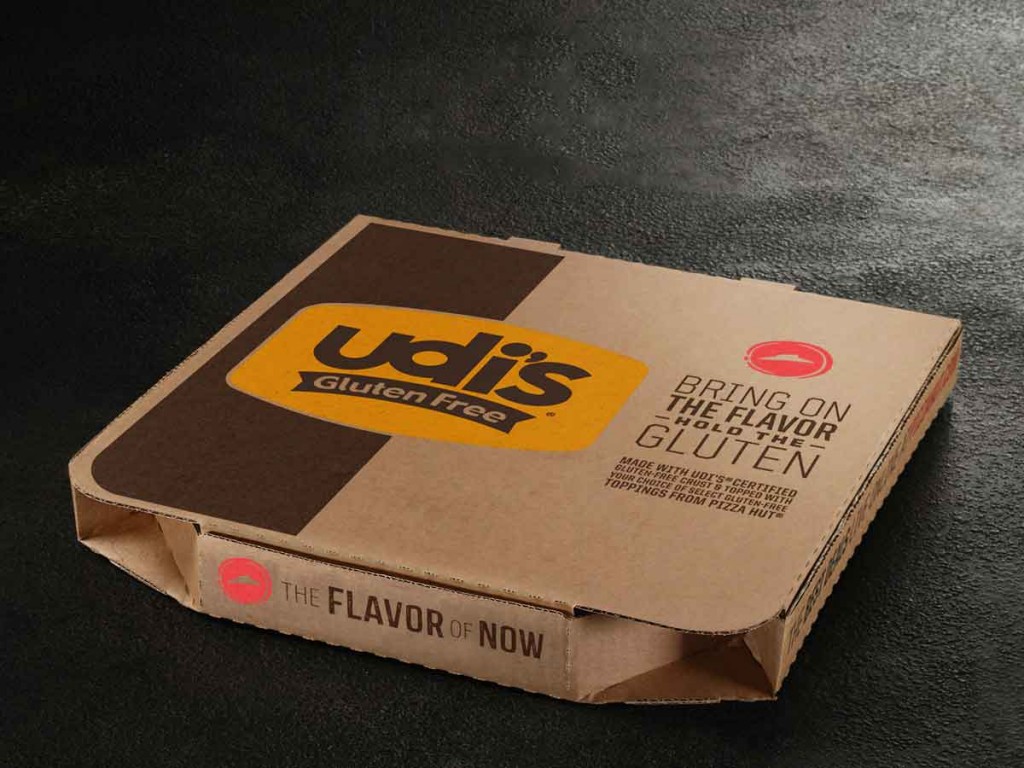 Udi’s says it is the same crust available in stores nationwide, just in a slightly larger size. “We are excited that gluten-free consumers can now enjoy the simple satisfaction of ordering pizza,” said Denise Sirovatka, vice president of marketing for Udi’s. “And by partnering with Pizza Hut and the Gluten Intolerance Group (GIG), we are able to ensure the needs of the gluten-free community are well represented.”

“They have procedures in place that exceed the expectations for making safe, certified gluten-free pizzas,” says Cynthia Kupper, GIG executive director. Kupper has toured several Pizza Hut facilities herself in order to help the company ensure its products are safe for those with celiac disease or gluten sensitivity.

Each gluten-free pizza is baked fresh to order with materials from individually packaged gluten-free pizza kits. Each kit contains a Udi’s Certified Gluten-Free Crust along with certified gluten-free toppings. The kits are stored in an isolated container on a separate shelf in the refrigerator.

The assembled pizza is then baked on designated parchment paper. Pizza Hut employees are trained to wear gloves while handling the pizzas and to cut the pizzas with designated gluten-free pizza cutters.

Kupper reports that all designated gluten-free kitchen utensils are color-coded so there’s no confusion for employees. “There’s never the use of regular equipment except for the oven,” Kupper says. Cross-contamination in the oven is not an issue since the pizzas never touch the oven itself. 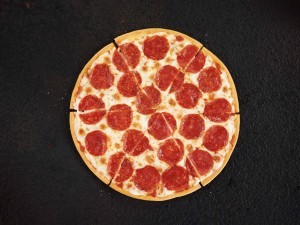 To ensure Pizza Hut’s gluten-free pizzas continue to meet the GIG’s standards, auditors from the organization will conduct surprise inspections of Pizza Hut locations. The auditors start by posing as customers to check front-of-house procedures. “We place an order like anyone else,” Kupper says. Once they’ve inspected front-of-house procedures, the auditors reveal they’re from GIG and head to the kitchens to inspect back-of-house operations.

Pizza Hut will initially offer gluten-free pizzas in two flavors: cheese and pepperoni. The pizzas will sell for $9.99 and serve 1 to 2 people. Customers can customize their pizza with Pizza Hut’s other toppings, but the company notes that these ingredients are not certified gluten free and come from the same bar as the standard toppings, creating the likelihood of cross-contamination.

Pizza Hut intends to roll out gluten-free pizzas at its remaining locations over an extended period of time. For more information or to find a participating restaurant in your area, go to pizzahut.com/glutenfree.