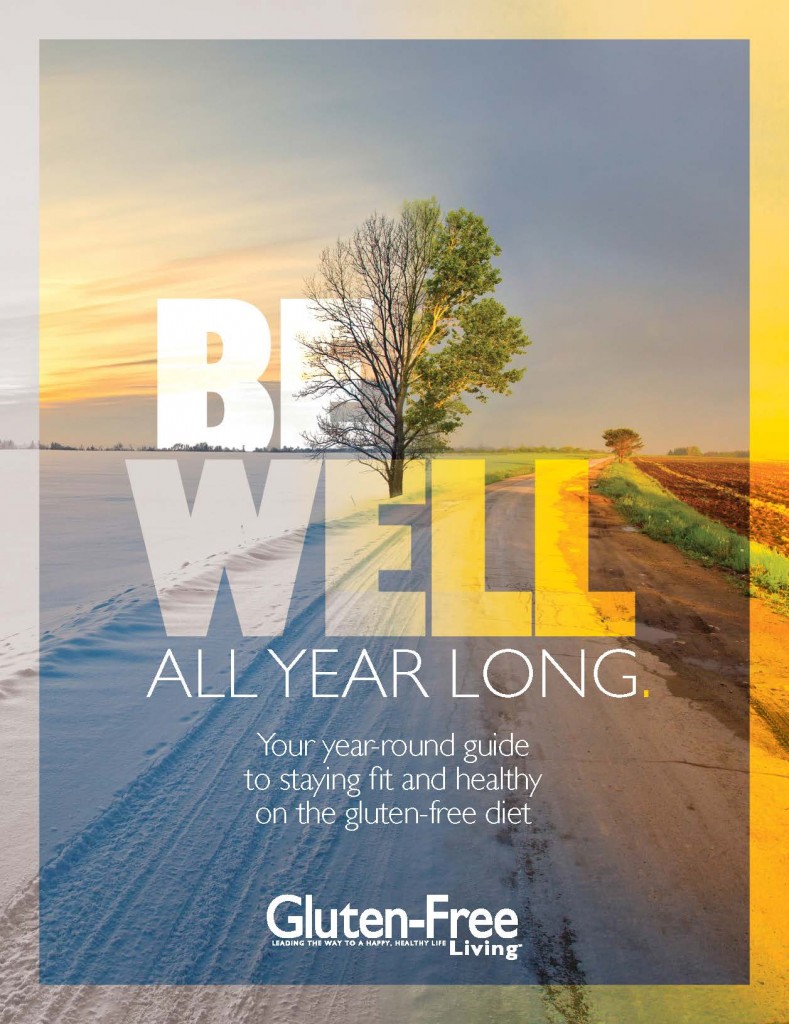 Trying to lose weight on the gluten-free diet?

Eating healthy is only half the battle — staying fit really moves the needle.

Click here to receive our free year-round guide to staying fit and healthy on the gluten-free diet.

Denise Czer gained 40 pounds before she was diagnosed with celiac disease—and she knows exactly why: She was afraid of getting a stomachache.

Czer, of San Diego, suffered from severe abdominal pain and other unpleasant symptoms when she ate certain things. Consequently, she often filled up on starchy foods like potatoes, which didn’t bother her stomach but offered little in the way of nutrition.

Once Czer was diagnosed with celiac disease 13 years ago, she tried several approaches to losing weight.

Some diet plans didn’t offer gluten-free food choices. She struggled with the self-discipline required to stick with others.

“I was just desperate to lose weight,” she says. “I had tried everything.”

Czer finally found success with the Medifast meal-replacement plan and help from an independent health coach.

The Medifast plan is convenient and easy to follow, she says, with plenty of certified gluten-free options to keep her satisfied. Czer lost 40 pounds in four months, and she’s kept it off for five years.

“It’s putting yourself into a structure where you don’t have to think,” she says of Medifast. “We are all so busy. We all need healthy, fast food options. Grabbing a gluten-free [weight-loss] product that’s not going to cause a stomachache or a reaction is liberating.”

Losing weight can be difficult for anyone, but the challenges are magnified for people with celiac disease or gluten sensitivity.

Many existing weight-loss plans aren’t an option for someone who has to follow a gluten-free diet.

But with a few caveats, some popular weight-loss plans can work in tandem with a gluten-free diet. A few diet companies are creating food and recipes targeting the growing number of people with celiac disease or gluten sensitivity.

Nearly half of Medifast’s 100 meal replacements and snacks are now certified gluten-free, and Weight Watchers, already known for its flexibility, published a get-started guide that includes gluten-free recipes.

But a gluten-free diet isn’t guaranteed to be healthy, she says, and many people quickly regain the weight, especially if they often reach for high-calorie processed foods.

“What we see now versus 10 years ago is more obese, overweight and morbidly obese individuals [being] diagnosed with celiac disease,” Welstead says. “It’s quite an interesting phenomenon.”

That doesn’t mean it’s easy to do.

People with celiac disease face a double whammy if they want to lose weight, Green says. “They have to be gluten-free and restricted in calories. The food has to be satisfying, as well as providing fiber and adequate nutrition.”

More weight-loss companies are recognizing this dilemma and taking steps to help.

Aransas Savas, Weight Watchers’ director of field communication, says a weight-loss plan’s convenience and flexibility are especially important for someone who already has to follow a restricted diet.

When you have any sort of medical condition or allergies, when you think about trying to lose weight, it can get really complicated and overwhelming,” she says.

Why weight can creep up after diagnosis

Once a person is diagnosed with celiac disease and goes on a gluten-free diet, the lining of the small intestine begins to heal, allowing the body to absorb more nutrients and calories, Welstead says.

“If [someone with] celiac disease is gaining weight, this is due to the fact that they are now efficiently absorbing their foods,” she says, which also can lead to higher cholesterol and blood pressure.

When companies eliminate gluten from processed foods, such as cookies and crackers, they substitute other, often not-so-healthy, ingredients.

People who are newly diagnosed with celiac disease should be aware of the possibility of weight gain and choose naturally gluten-free fruits and vegetables instead of processed foods, high-calorie carbohydrates and fats, Green says.

“The thing that sells these [processed] products is taste,” he says. “If [manufacturers] take out one of the things that contributes to taste, which is gluten, they often add a lot of the other stuff, which is salt, sugar and fat, to maintain the taste.”

EA Stewart, a registered dietitian in Del Mar, California, says a gluten-free diet can be very healthy with proper planning and the right nutrients.

But there are some things people should keep in mind, particularly if they’re also trying to lose weight.

Those who have celiac disease have to avoid a large number of foods, so they should make sure to get enough fiber and other nutrients, especially iron, calcium, zinc, vitamin D and B vitamins, she says. A multivitamin is generally a good idea.

A celiac disease diagnosis is a lot to take in, Stewart says. People who are newly diagnosed have to learn how to deal with issues that range from avoiding cross-contamination to finding gluten-free restaurant options.”Putting a super-restrictive [weight-loss] diet on top of that makes it even more stressful,” she says.

People on gluten-free diets who want to lose weight sometimes make the mistake of cutting or completely eliminating carbohydrates, which provide filling fiber and can prevent overeating, Stewart says.

“Yes, they might lose weight [by cutting out carbs], but how long can they sustain this kind of diet?” she says. “What will their energy level be like? How much balance are they getting?”

Popular plans: What can and can’t work with a gluten-free diet

People with celiac disease or gluten sensitivity would have to make lot of changes for many diet plans to be viable choices, Stewart says. Nutrisystem does not offer a gluten-free plan, a spokeswoman says. The Jenny Craig weight-loss plan is not open to those with celiac disease, according to the company’s website.

And Slimfast, which is based on the consumption of diet shakes for several daily meals, discourages gluten-free consumers. “Because the ingredients we purchase could potentially be cross-contaminated with wheat or another common ingredient, we cannot guarantee our products are gluten free,” the company says on its website.

Low-carb diets, like Atkins or South Beach, and other plans that emphasize protein, fruits and vegetables over grain-based foods, might be easier for someone on a gluten-free diet to follow, Stewart says.

But in general, she recommends a balanced diet over one that is low in carbohydrates.

The Atkins website notes that its diet plan can work well for those who are gluten free because of its emphasis on avoiding foods high in carbohydrates, including wheat, barley and rye.

The South Beach Diet advocates a similar low-carb approach. However a spinoff of the diet, Gluten Solution, it is not entirely gluten-free and not recommended for people with celiac disease.

When it comes to established plans, Stewart recommends the heart-healthy Mediterranean diet, which emphasizes fruits, vegetables, grains, nuts, olive oil and grains.  “For anybody, and especially someone with celiac disease, it’s a healthy, balanced and reasonable diet,” with lots of protein and complex carbohydrates, she says. “It’s a ton of food, so you won’t feel deprived.”

“The Paleo diet is a lifelong way of eating to improve health and wellbeing, and reduce the risk of common chronic diseases and obesity,” Cordain says.

Weight Watchers caters to people on a GF diet

Weight Watchers, which allows dieters to eat a variety of foods and awards a certain number of “points” for each, has always been a good option for people who need to follow a gluten-free diet, Savas says.

“Weight Watchers is notable in that it is flexible and adaptable,” says Savas, who lost weight on the plan and has been a Weight Watchers leader for 12 years. “The magic of this is it’s a plan for anyone who eats.”

Weight Watchers now offers a tool providing guidance for people on gluten-free and other restricted diets.

The What to Eat booklet, available at Weight Watchers meetings and weightwatchers.com, includes new menu plans and shortcuts, with a focus on gluten-free, vegetarian and low-carb meals.

Weight Watchers has noticed and hopes to help the growing number of people who follow gluten-free diets due to celiac disease, gluten sensitivity or personal preference, Savas says. It’s easy to postpone making a healthy lifestyle change, she says, and What to Eat provides new dieters the direction they need to simply get started.

“We are all flooded with information all the time about what it takes to lose weight,” Savas says, noting the complication dietary restrictions add.  “It can get overwhelming.”

Weight Watchers’ booklet designates easy-to-make gluten-free dishes for breakfast, lunch and dinner with a brown “GF” logo and lists them in the index.

Other dishes in the booklet can be made gluten free with a single swap, such as skipping the toast that goes with a veggie omelet.

“The food is actually enjoyable,” Savas says. “To be able to do that while eating a gluten-free diet and losing weight is very exciting.”

Registered dietitian Jennifer Christman, clinical nutrition manager with Medifast Inc., says the plan is a good fit for people with celiac disease or gluten sensitivity. Dieters eat five portion-controlled meal replacements and one “lean and green” meal per day. Carbohydrates, such as bread and pasta, are discouraged.

“The meal replacements are all fortified with vitamins and minerals, which is really important for someone on a gluten-free diet,” Christman says. “[The lean and green meal] has fruits and vegetables and lean protein, which are perfect for someone with celiac disease or gluten intolerance.”

Product-development manager Tim Chinniah says Medifast started its gluten-free line about four years ago. About 40 of the company’s 100 meal replacements and snacks are now certified gluten-free by the Gluten Free Certification Organization. They include brownies, pancake mixes and ready-to-eat cereal.

“We actually got on it much earlier than others,” Chinniah says. “If it’s not gluten free already, we’re looking at how to make it gluten free.”

At a Medifast production facility in Owings Mills, Maryland, workers are vigilant against cross-contamination.

Containers of rolled oats are clearly marked with an orange “wheat” label to indicate that they might have been cross-contaminated at some point from the field to the factory.

Designated scoops are used for any ingredients that contain allergens. In the test kitchen down the hall Chinniah and his staff develop new products that are gluten free and nutritionally balanced. Great taste is also a goal.

“If it doesn’t taste good, people won’t eat it,” says food scientist Fatima Disu, who is also a chef.

“[Medifast] has helped me maintain my weight all these years,” she says.

Easy, Quick and Healthy: Your Family’s Recipe for Successful Eating

Mary Beth Schweigert is a regular contributor to Gluten-Free Living. She last wrote about GMOs and the gluten-free diet. She is a newspaper reporter in Lancaster, Pennsylvania.