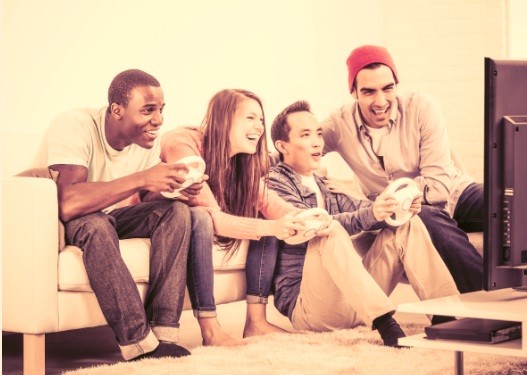 Two summers ago, Lindsey Schnitt’s date reached across the table to take a taste of her dinner. He didn’t know that because she has celiac disease his fork carried some risk of cross-contaminating Schnitt’s gluten-free meal.

While they were dating, Schnitt, now 22, helped him learn about the disease and the gluten-free diet and did not have to worry again about a fork potentially ruining an evening. After that first dinner, her date always made sure they went to restaurants with gluten-free choices, Schnitt says.

Dating and going out with friends, jobs, business lunches and trips, graduate school and roommates are among the myriad of challenges 20-somethings with celiac disease or gluten intolerance face as they meld gluten-free lifestyles with being truly out on their own for the first time.

One thing most of them already know is that being gluten free means continually adjusting and learning to handle new situations. That’s the positive attitude Schnitt and others her age who are gluten free bring to this exciting phase of their lives.

Samantha Hamroff, Jeremy Reich and Candice Clifford are also young adults with celiac disease or gluten sensitivity. They and Schnitt say learning how to be independently gluten free started in college. Now they are transitioning fairly easily to new lives in the workplace, the city and in graduate school.

They don’t see themselves as all that different from friends who’ve graduated and are out in the real world. They face the same experiences, transitions, questions and concerns of any 20-something. They just happen to do it while gluten free.

“I am finding my 20s have been full of so many transitions,” Clifford explains. “There is so much to adjust to as I’ve moved out of my teens and into young adulthood.”

GF goes to the office

When Reich, 26, graduated from Columbia University in 2009, his first job as a consulting analyst required him to travel frequently. Often, Reich would be told on Friday that he would be leaving Sunday for a week away on a project. The short notice meant Reich had to quickly research his gluten-free options in a new city.

He credits having been diagnosed with celiac disease as a child for his ability to adjust quickly and advocate for himself.

“Best thing to learn — start paying attention, start asking questions,” he explains. Reich’s ease with the gluten-free diet also stems from growing up in a household with a strong gluten-free role model. His mother, Beth Hillson, also has celiac disease and is a pioneer in the gluten-free community, having founded the Gluten-Free Pantry, one of the early gluten-free baking mix companies. Hillson is currently working on a book that will include details on being gluten free in your 20s, and her son is likely to find his experiences on her pages.

But Reich, who has moved on to his second job, also attributes his gluten-free travel success to his work team. He felt comfortable telling them he has celiac disease, and they have been very supportive. He makes restaurant suggestions for the group and selects regional cuisines that are gluten-free friendly such as Thai and Indian. And he knows which chain restaurants have gluten-free menus.

“Getting a meal from P.F. Changs and knowing you don’t have to think about it is really comforting,” he says.

It also helps that Reich is not the only member of his team on a gluten-free diet.

“The funniest part is that we’ll go out to lunch together sometimes and I’ll get to be a nagging gluten-free mother. I’ve caught myself several times saying, ‘That’s not gluten free,’ and pushing them to order something else or leave something on the plate,” he explains.

But even when a new job does not include travel, being gluten free still requires planning as Schnitt is learning. She graduated from Pennsylvania State University in 2012 and within months began working in the entertainment industry in New York City.

“I feel myself in this little transitional phase,” she says. Her daily work schedule fluctuates, and some days she is at work from 8 a.m. to 6 p.m.

With a long day in the office, Schnitt brings meals to work and also makes sure to keep lots of snacks at her desk, including gluten-free protein bars and bagel chips. Her co-workers have definitely picked up on gluten-free cues. They even made sure she had something delicious from a gluten-free bakery on her birthday.

“Two girls I work with had Tu-Lu’s delivered to the office so I would have cookies and treats,” Schnitt says.

After her freshman year at the University of Scranton, Clifford, now 23, was diagnosed with gluten-sensitivity and also found out she needed to be dairy-free.

Clifford’s diagnosis inspired her blog, Embrace G-Free, where she shares her thoughts about her journey and connects with the greater gluten-free community. Clifford is part of a larger group of gluten-free bloggers and Twitter users in their 20s. Schnitt also has a blog, Young Wild and GFree, and Hamroff blogs with her sister as the “Celiac sisters.”

“In a way, my blog has helped me not only empower other people but to empower myself to live my best life. To not feel so held back,” Clifford says.

She is following that philosophy while working on her master’s in school counseling at Scranton. She hopes to work with children and adolescents who have been diagnosed with celiac disease, gluten sensitivity or food allergies. “Through my own struggles I have recognized the need and importance of obtaining the emotional support after being diagnosed,” Clifford explains.

Although Clifford is still attending the same university she went to as an undergraduate, she is having an entirely different experience as a graduate student. One big change is that her support system of friends and her twin brother, who also attended Scranton, moved away after graduation.

“This year I’m learning with new people, and I had to educate them about gluten sensitivity,” Clifford says. She is also adjusting to a graduate schedule that includes evening class. Clifford plans ahead so she has meals ready for before or after class. “I like to plan out meals to budget for grocery shopping,” she explains. This cuts down on stress and allows her to focus on academics.

Hamroff, 23, who has celiac disease, is also a graduate student pursuing a master’s degree at New York University after graduating from the University of Michigan. Attending school in New York gives her access to the city’s numerous gluten-free options, and she likes being close to her family on Long Island.

Still, Hamroff ’s schedule includes long days at school, and it’s not always easy to find quick gluten-free meals near the NYU campus. She brings lunch with her every day and saves eating out for after class. And her classmates understand her gluten-free needs.

“I had a Hanukkah party with my grad school friends, and everything was made gluten free,” Hamroff says.

For many young adults, first apartments still include roommates and figuring out how to share a kitchen.

Hamroff lives with a friend from college. Although her roommate is not gluten free, she has a nut allergy, so there is a mutual understanding between the two about cross-contamination and being careful in the kitchen.

Reich also lives in New York with roommates who are not gluten free. He says living in suites in college helped prepare him for a shared kitchen. His current roommates know what’s involved, including the things they have to do to prevent cross-contamination. They often enjoy his gluten-free cooking, including a recent experimentation with gluten-free Chinese pizza.

Schnitt’s new roommate in New York is also supportive. “She reads ingredients and tries to get a better handle on things,” Schnitt says.

Meanwhile Clifford is living on campus in a suite. She loves having a dishwasher and does not share her kitchen equipment or food with her roommates. Still, the kitchen is not completely gluten free, and Clifford is thinking about what kind of living arrangement might better suit her once she is done with graduate school.

Of course being a 20-something is about more than work or school or how to prepare three meals a day. It’s a time of life filled with going out with friends and dating.

Going out has gotten easier as gluten-free beer and cider have become much more common in restaurants and bars. A number of restaurants have gluten-free menus or options which means gluten-free young adults can socialize with friends and feel like part of the group.

“When my friends plan birthday dinners, they make sure there are gluten-free options at the restaurants,” Hamroff explains.

When it comes to dating, Reich says you have to expect you might not be the only one with food intolerances. “Everyone has his or her restrictions,” he says. With increased awareness of the gluten-free diet, understanding of it is changing, he notes.

“People get it now if you bring it up,” Reich says.

While the gluten-free diet is likely to come up during a date, Schnitt says it should not be the main focus. “You teach people about it. Almost a talking point. Interesting conversation to have,” she explains. Hamroff agrees, saying a date should be about getting to know each other. And that sometimes means taking the focus off of food and forgoing dinner.

For dinner dates, Schnitt does her research ahead of time. But if a date has already picked a restaurant, she tries not to change the plans. “As long as I can have a salad and grilled chicken, I’ll be fine,” she says. And sometimes the dates do their research. “I’ve gone on dates where the other person made sure the restaurant has glutenfree options,” Hamroff says.

Another solution is preparing a meal at home. “Nothing nicer than cooking dinner together,” Reich says.

Clifford does not think the gluten-free diet should be an impediment to dating.

“The more years I live gluten free, the more I find myself comfortable with the situation. I look at is as, if this is this the right person to be with, we will figure it out,” she concludes.

Like all adults in their 20s, Schnitt, Hamroff, Reich and Clifford are thinking about their futures.

While they don’t know exactly where their jobs or schooling will lead, they know they can handle whatever comes along, gluten-free style.

Susan Cohen, a 20-something who has celiac disease herself, is a freelance writer living in New York. She regularly writes the New for You column in Gluten-Free Living.

Celiac Sisters
Samantha and Brooke Hamroff, sisters diagnosed when they were 16, list their favorite eateries and share other news.
celiacsisters.net

Gluten Freeways
Stephen, a young foodie who’s never let the glutenfree diet stop him from eating out, focuses on restaurants in San Diego, where he lives, and those he visits in his travels. Every blog ends with “Do you love it or do you love it?” That says something about his attitude.
glutenfreeways.com
twitter.com/glutenfreeways

Celiac Teen
Since the age of 15, Lauren McMillan has blogged about how she “let go of the gluten” in her journey with celiac disease.
celiacteen.com
twitter.com/celiacteen
facebook.com/celiacteen?ref=ts