Justin Bieber took to Instagram to say he’s searching for a new brew after a discouraging diagnosis.

“Worst news ever I’m officially allergic to gluten,” the pop star said on his Instagram story Saturday night. He went on to say: “No more Coronas unless they make gluten free beer like this!” 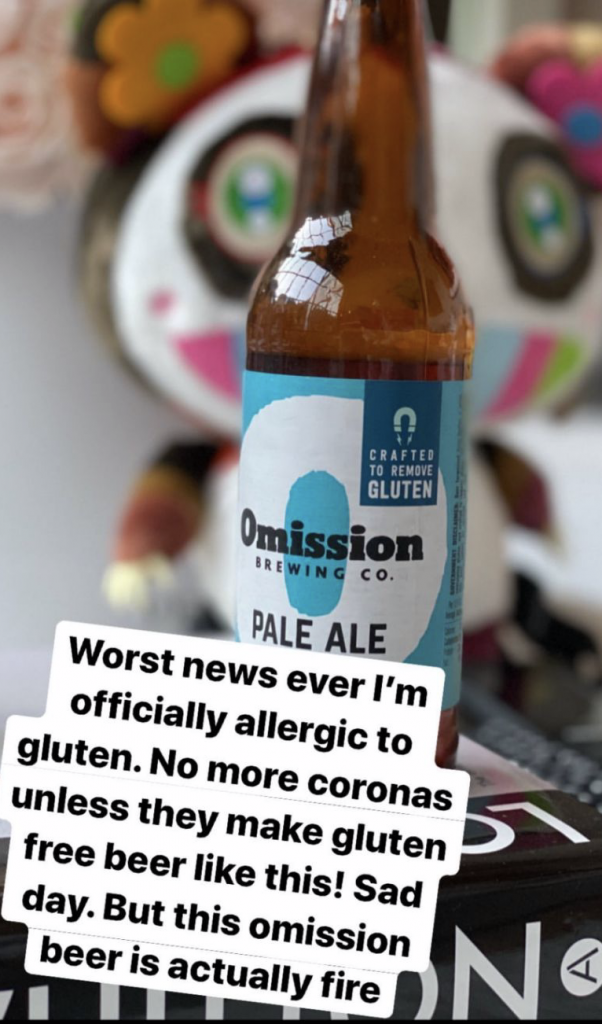 Bieber was referring to a pale ale from Omission Brewing. Launched in 2012 by Terry Michaelson and Joe Casey, the company has made it its mission to develop traditional beers for people on a gluten-free diet. Like other craft beers, Omission is brewed with malted barley, hops, water and yeast. An enzyme called Brewers Clarex breaks apart the gluten protein chains, and the beers are packaged in a closed environment to eliminate any cross-contamination risk. It’s important to note that Omission Beer and other “gluten-removed” beers are brewed with barley (which contains gluten). While Omission Beer does undergo a process that breaks down the gluten to less than 20ppm, researchers have found that those and similar “gluten-removed” beers may not be truly gluten-free, and may be unsafe for people with celiac disease.

What is a wheat allergy?

Bieber didn’t elaborate on his condition and it’s unclear when he received the diagnosis. A wheat allergy can cause several symptoms in those affected. Exposure to wheat can lead to breathing difficulties, nausea, hives, bloating, and inability to focus. In some cases, a life-threatening allergic reaction can occur.

Looking for the basic ground rules of the gluten-free diet? Click here for everything you need to know to get started.