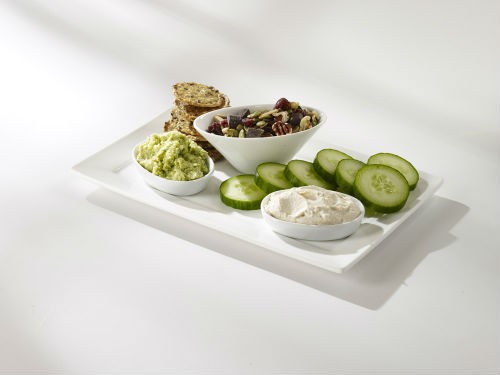 Starbucks announced this week it would be offering a “wheat free” bistro box due to customer demand.

“We decided to put together a snackable bistro box that’s easy to eat on-the-go, but still brings you the healthy, wheat-free options you crave,” reported the official Starbucks blog.

But why “wheat free,” not “gluten free?”

A Starbucks spokesperson told Gluten-Free Living that the box is not intended for people with celiac disease.

“While the components for the Omega 3 Bistro Box do not contain wheat as an ingredient, this product is not certified gluten free. It would therefore not be recommended for our customers with celiac disease,” said the spokesperson.

Under Food and Drug Administration rules that govern packaged products, though not restaurant meals, gluten-free food does not have to be certified by an outside agency.  But it does have to contain less than 20 parts per million of gluten, a level largely considered safe for most people who have celiac disease.

Although the ingredient list does not include any gluten-containing ingredients, it is still unclear if the Starbucks is warning away customers with celiac disease solely because it’s not certified or because of possible cross-contamination or for another reason. We’ve reached out to Starbucks for further details and will update you once we learn more.

It’s unlikely the bistro box contains gluten, but when a company outright tells those with celiac disease that a product is not designed for them that’s plenty of motivation to spend gluten-free dollars elsewhere.

Curious consumers can find the ingredient list for the Bistro Box here.