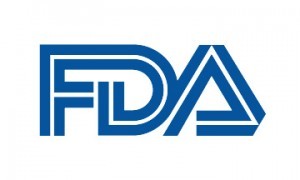 The approval comes nine years to the day after Congress passed the allergen labeling law that directed the FDA to set a standard for gluten-free food.

The regulations, which will go into effect August 2014, will require food makers to meet a 20 parts per million FDA standard before they can put a gluten-free label on a packaged product. Consumers have been pushing for rules so they can be sure the gluten-free products they purchase are safe.

As the gluten-free market has exploded, there has been concern that some food makers are not taking steps to assure their products are truly gluten free.

Once the new regulations go into effect, food companies are responsible for ensuring that their products have less than 20 ppm, a standard considered safe by many celiac disease experts and adopted in countries around the world. This would include gluten from any source, including cross-contamination that can occur anywhere from the field to the factory. Some companies that currently label products gluten free may choose not to do so if they can’t meet the FDA requirements.

Foods labeled “gluten free” cannot contain wheat, barley or rye. Ingredients made from these grains are also largely prohibited, but the gluten-free label can be used if they are processed to remove gluten as long as the final food contains less than 20 ppm.

“The goal of manufacturing any food labeled gluten-free should be for the food to not contain any gluten or to contain the lowest amount possible that is less than 20 ppm gluten,” according to the FDA.

Oats are not allowed unless they contain less than 20 parts per million of gluten.

A gluten-free label would be allowed on foods that inherently don’t contain gluten, for example raw carrots and grapefruit juice.

The rules would apply to foods regulated by the FDA, but the U.S. Department of Agriculture, which oversees meat, poultry and eggs, has said it will also apply FDA standards once the a gluten-free definition is approved.  The FDA is also working with the Alcohol and Tobacco Tax and Trade Bureau regarding beer.

Use of the gluten-free label would continue to be voluntary.

The FDA says it will enforce the regulations through “periodic inspections of food manufacturing facilities; food label reviews; follow-up on consumer and industry complaints reported to the agency; and when needed, gluten analyses of food samples.”

Gluten-free certification seals like those authored by the Gluten Intolerance Group and the Celiac Sprue Association can still be used by companies that want to meet standards set by each group. These are stricter than the FDA requirements.

The Food Allergen Labeling and Consumer Protection Act, which was passed by Congress on Aug. 2, 2004, required food makers to always note the top eight allergens when they are used in a food. The law also directed the FDA to come up with gluten-free labeling rules by 2008, so their approval is five years late.

Beth Hillson, president of the American Celiac Disease Alliance, a celiac disease advocacy group that lobbied for the regulations, said the group has more work to do. “Now, we must turn our focus to partnering with FDA to educate patients, health professionals and industry about the standard and how it will benefit the entire community,” she said in a statement.

Gluten-Free Living has been covering gluten-free labeling from the beginning. We’ve long recognized how important good labeling laws are for consumer safety and confidence. And we’re happy to report they have finally cleared the last hurdle.

We’ll continue to provide updates both in print and online as we move closer to their implementation.