For Ground Breaker Brewing, the second Saturday in October was a dark day. That’s when the Portland gluten-free brewery was awarded a gold medal for its Dark Ale at the 2016 Great American Beer Festival in Denver, the largest commercial beer competition in the world. While the popular event is now in its 35th year, the Gluten-Free Beer category was added only nine years ago. Since then, the number of entrants in the sector has grown significantly—
this year 37 beers were submitted for consideration, up from eight in 2007. Here are the top three award winners: 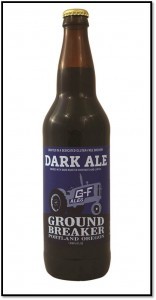 For their Dark Ale, Ground Breaker’s brewmasters use espresso-like roasted chestnuts
and lentils along with dark Belgian-style candi for a roasty flavor and aroma with notes of chocolate and dark fruits.

This is the fifth year in a row Ground Breaker has medaled at the Festival, though its first two awards came under a different name. Previously known as Harvester Brewing, the brewery changed its name to avoid a dispute with a California winery several years ago.

Ground Breaker offers its beers at the Portland gastropub next to its brewery on an all-gluten-free menu that features the likes of smoked brisket sandwiches, BLTs and peach-almond sticky buns with sweet corn ice cream. Outside of Oregon, Ground Breaker beers are distributed elsewhere in the Pacific Northwest as well as in New England and California. The Dark Ale and other varieties are available online to 36 states. 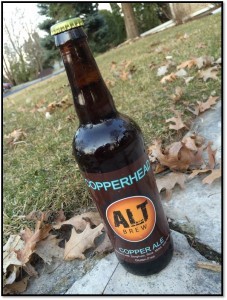 Wisconsin’s ALT Brew—previously Greenview Brewing—made its first appearance on the winners list this year, taking a silver medal for its Copperhead Copper Ale. The ale, brewed with roasted millet, is one of
three available at the brewery’s taproom in Madison.

According to its website, ALT Brew is hand-crafted one barrel at a time
and made entirely from gluten-free ingredients on equipment solely
dedicated to gluten-free production. When brewmaster Trevor Easton’s
wife was diagnosed with a gluten intolerance, they could no longer share
their love of beer in the same way. Finding that the available gluten-free
options did not hold up to the quality of craft beers—and that it was no
fun to raise a beer alone—Trevor began developing a gluten-free recipe
that would live up to the expectations of craft beer lovers. 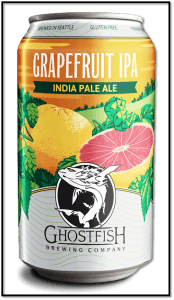 For the second year in a row, the festival judges bestowed a bronze medal upon Seattle’s Ghostfish Brewing Company for its Grapefruit IPA. This beer is crafted with grapefruit peel and bitter Washington state hops.

Ghostfish Brewing Company aims to elevate gluten-free beer to the forefront
of craft brewing innovation, according to its website. All three of its founders
are either gluten intolerant themselves or have loved ones who are, so they are acutely aware of the need for variety and flavor in gluten-free craft beers.

All of Ghostfish’s beers are sold at its gluten-free taproom, where the menu
also includes pizza, fish and chips, and ice cream sandwiches. The beers are
also available at retailers throughout Washington. Eight of the company’s beers, including the award-winning India Pale Ale, can be ordered online and shipped
to 28 states plus the District of Columbia.

What about gluten-reduced beer?

The festival’s Gluten-Free Beer category includes only beers made from fermentable sugars, grains and converted carbohydrates. Gluten-reduced beers are not considered part of this grouping because their gluten levels—derived from malted barley—have been reduced by enzymes or other processes.

One thought on “Gluten-free beers shine at annual festival”