Beer is the drink of choice for many football fans—but not everyone enjoys the taste. If you’re not a beer drinker, check out these gluten-free alternatives to savor during the Big Game on Sunday.

The hottest area of growth at the moment is the rise of “hard” sodas. While many of the popular alcoholic root
beers include barley malt, there are several that pass muster for those on a gluten-free diet. Louisiana’s Abita
Brewing Company offers an alcoholic version of its famous root beer. It’s the first product in the brewery’s line
of Bayou Bootlegger hard sodas and can be found primarily east of the Mississippi River. The flavor profile
delivers aromas of wintergreen, vanilla and sassafras, with hints of clove and anise.

Combining fruits and vegetables, the brewery’s Himmel & Erde Carrot Apple Ale presents another gluten-free beverage option. Based on a German dish with potatoes and applesauce, the ale is made from fermented carrot juice and added sweetener that is part apple juice.

For a lighter fizz, look for gluten-free “hard” sparkling waters such as those from Truly Spiked & Sparkling
and SpikedSeltzer. Distribution for both brands is rapidly expanding beyond the companies’ New England
bases into the Midwest and Mid-Atlantic states. 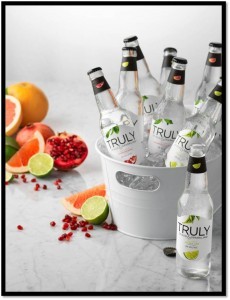 Boston Beer, the producer of gluten-free
Angry Orchard alcoholic ciders, introduced
its Truly brand in April 2016. This spiked
sparkling water with a hint of fruit is an
alternative to light beer, especially for
those seeking something refreshing
made with simple ingredients and no
artificial flavors or sweeteners. Truly’s
three flavors—Colima lime, grapefruit
and pomelo, and pomegranate—are
100 calories per 12-ounce serving and
have 2 grams of carbohydrates.

The first hard seltzer brand, SpikedSeltzer
launched in 2013 and is available in four
flavors: West Indies Lime, Indian River
Grapefruit, Valencia Orange, and Cape Cod
Cranberry. The alcohol in SpikedSeltzer is
derived from cold-brewed sugar, resulting in
a low-carb, low-calorie drink. Even Oprah is
a fan, featuring it as The Find in the June 2016
issue of her O magazine on account of its
refreshing, fruity and just-sweet-enough taste.

While obscure, mead is one of the oldest alcoholic drinks in existence. Also known as honey wine, mead is
created by fermenting honey with water and, unless grains are added (a variety known as braggot), it is gluten
free. Like wine, mead can be dry or sweet, still or sparkling.

Mead makers, which number fewer than
200 in the U.S. (compared to more than
6,000 wineries), tend to focus on local or
regional distribution given their size.
B. Nektar in Michigan, which opened its
doors on National Mead Day (who knew!)
in 2008, produces several varieties of mead
with fun labels and names, including Zombies
Take Manhattan, Kill All the Golfers and Dragons
Are Real. Give one a try for National Mead Day
on August 6!

The producer of the famed Stolichnaya vodka released a completely new gluten-free recipe to meet the
needs of consumers. Made with 88% corn and 12% buckwheat, Stoli Gluten Free is available nationwide.
The vodka is labeled “gluten free” pursuant to the U.S. government’s labeling classification, which requires
alcoholic beverages to be made with naturally gluten-free ingredients. 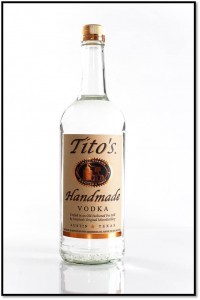 Tito’s vodka, produced at the oldest distillery
in Texas, is made with corn instead of potatoes
and certified gluten free by the Gluten
Intolerance Group. According to founder and
owner Tito Beveridge, “some producers add a
little bit of mash back into the spirit after
distillation, which would add gluten content into
an otherwise gluten-free distillate [if using wheat
as the base], but I don’t do that regardless.”
Made in batches using old-fashioned pot stills,
Tito’s has grown exponentially since the first
case was sold in 1997 and is now one of the
best-selling vodkas in the U.S.