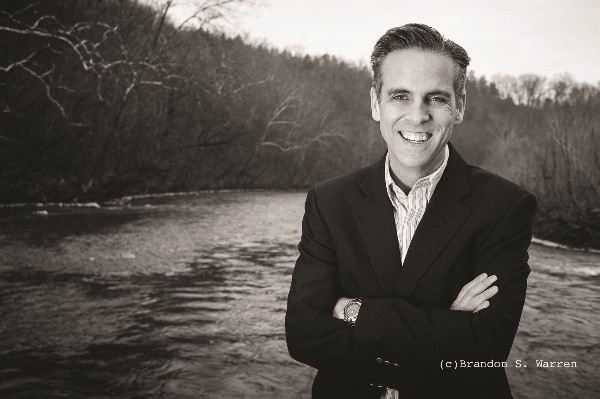 A year ago I got a clean bill of health from my doctor. My mother insisted I was hitting the age where an annual physical was mandatory, and she threatened that if I didn’t schedule a checkup, she’d cut me off from inheriting her extensive thimble collection.

I agreed. After all, I’d worked hard to lose weight – 46 pounds, to be exact – and it made sense to undergo the 500-month inspection.

The doctor checked all the right gauges, rotated the tires and told me I wasn’t dying. “You’re just skinny,” she said, before finishing with a lecture about getting more sleep.

Six months later I began feeling occasional lightheadedness and had several fainting spells. I was eating well, perhaps better than at any time in my life, but I noticed I had lost a few more pounds without trying, and I was experiencing stomach pain. November, December and this January were roller-coaster months of feeling good for a few days and lousy for about the same.

Friends and family crafted all kinds of loving barbs. “Jason, you’re paler than a ski slope.” Or, my favorite: “Dude, you’re so white, you make Casper the Friendly Ghost look like he’s been tanning.”

I returned to the doctor’s once on a Friday afternoon and met the physician who’d taken over for my previous doc, now working somewhere in the Midwest. I caught him up on the latest, and he was curious, cautious and concerned. The doctor offered a theory – Crohn’s disease – before ordering several tests and saying my results and their explanations would probably be posted on my secure, online account within a week.

Two days later, during the third quarter of the Super Bowl, my phone rang. “Hello, Mr. Wright?” The doctor’s voice was somber, subdued and serious. “Do you have a few minutes to talk about your test results?”

There are two things that go through your mind when your doctor calls you on a Sunday night, in the middle of the Super Bowl, and asks in hushed tones if you have a few minutes. First: Does my wife know where is my life insurance file is? And second: What might my best friend reveal during my eulogy?

I stood up and walked into another room. The doctor spoke slowly and methodically and apologized for calling at such an odd time. I braced myself for all sorts of possibilities, from cooties to Crohn’s to cancer. Isn’t it ironic that the five longest minutes of my life convinced me I didn’t have that many minutes left?

In time, the doctor explained I was anemic and that he would put me on iron. He also said my profile resembled someone malnourished, a man who might struggle to get three healthy meals a day. He said he would refer me to one of the area’s best gastroenterologists. This digestion tract specialist would launch a camera down my throat, peek around my stomach, take a biopsy, and see what sorts of treasures he might discover.

“So,” I finally asked, “what does your Scooby sense suggest they’ll find?” He paused. “Are you familiar with celiac disease?”

The doctor gave me a brief description and apologized if the timing of the call had made my heart race. “Who? Me?”

We hung up, and, naturally, I rushed to Google all I could about celiac disease. Because, as everyone knows, there’s no better source for medical information and highly accurate self-diagnoses than the Internet.

A few days later I went in for my “esophagogastroduodenoscopy” and asked if they would give me the procedure for free if I could spell it.

Given how complex the procedure is, I was astonished at how fast it unfolded. I was registered, given a fashionable bracelet, hooked up to the I.V. and conked out in less than 30 minutes. Then, just 20 minutes later, I was on my side looking at my wife.

During the muggy, mostly cloudy minutes of recovery, the doctor came in to show my wife pictures of my esophagus, stomach and intestines. I have no recollection of it, but both my wife and doctor claim that I raised my head and asked if he’d found a $100 bill down there. The doctor said if he had, he would have been obligated to keep it.

When I was conscious enough for a coherent conversation, my wife shared the digital images and explained what should’ve been there and what shouldn’t. The doctor had told her the biopsies would tell the real story, but that he was very confident I had celiac disease.

My doctor called to say he’d seen no surprises in the biopsy and that his suspicions were correct – celiac disease. My body has been damaging itself for months.

As others who have celiac disease know, it is an autoimmune disorder in which eating gluten – a protein found in wheat, barley and rye – causes damage to the small intestine.

In short, it’s not an uncommon disease, and at some point in the last six months, my body decided that it was no longer a member of the wheat, barley and rye fan club.

Since there is no cure for celiac disease, like everyone else who has it, I’m managing it with a gluten- free diet. I’m also taking iron to help create red blood cells to carry oxygen along my body’s freeway.

In the months since the diagnosis, I’ve learned just how common the disease really is. Most of you reading this article have something ranging from gluten sensitivity to classic celiac disease. Now, I’m adjusting to a diet void of things I love – Lucky Charms, bread, bagels, etc.

In my quiet, complaining moments eating yogurt, bunless hamburgers and salads, I reflect on the five minutes on Super Bowl Sunday night between answering the phone and the suspenseful moment the doctor put my greatest fears to rest.

What a pity I endured some anxiety. What a shame a diet change means giving up a few foods I love.

What about all the friends and family I’ve known whose phone calls and doctor visits ended very differently? They’ve been hit with so many tests and consultations that ended not with new diets, but with discussions of survival rates. In fact, just in the last few months while I’ve been coping with tummy aches, two dear friends have dealt with prostate cancer.

Seriously … No more donuts? Woe is me, right?

I suspect it won’t take long to adjust to my new menu. I hope my body will heal as promised. I don’t know the timing, but at least I know the whys. No, I’m not dying, but I sure am skinny, and I do have celiac disease.

Jason Wright, a New York Times bestselling author, has written 10 novels, including the Christmas Jar series. His work has also appeared in more than 50 newspapers and magazines.