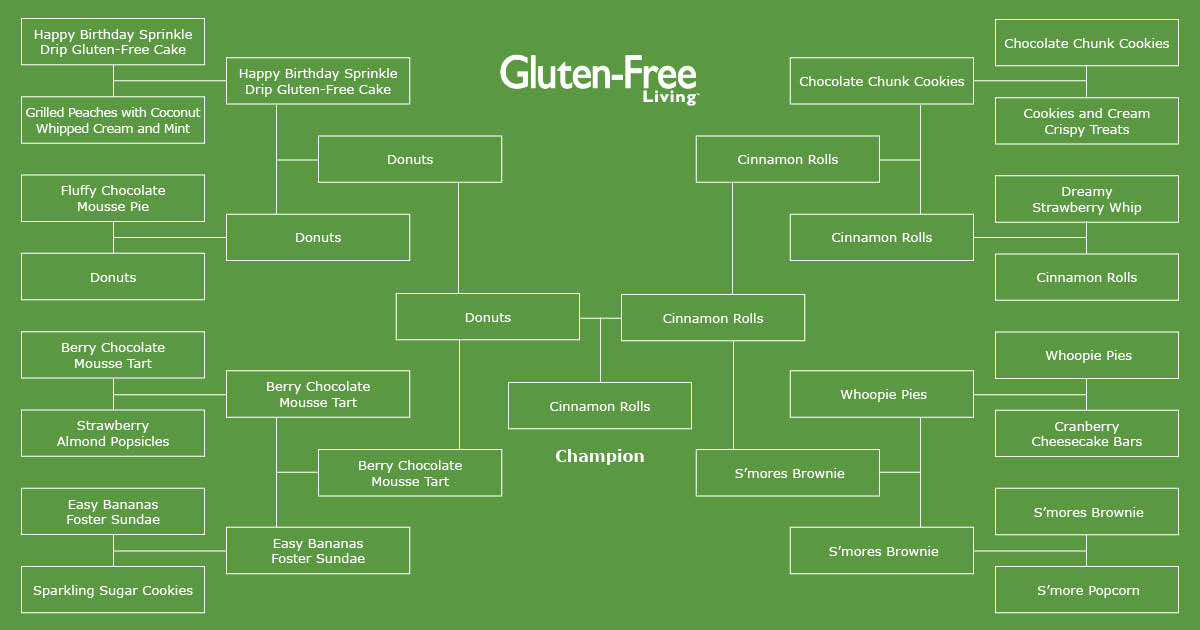 The voting in our Gluten-Free Living Sweets 16 bracket has wrapped up, and the winning dessert recipe is Cinnamon Rolls!

In the final round of our tournament, Cinnamon Rolls received 62% of the votes, defeating Donuts and taking the crown. Its path to the finals included victories over Dreamy Strawberry Whip, Chocolate Chunk Cookies, and S’mores Brownie.

The winning recipe came from Coral Ward, an award-winning author, creator of @glutenfreewithcoral, host of the  number one gluten-free podcast, Gluten Free You and Me, and regular Gluten-Free Living contributor. Following her recipe will make 15-24 delightful and incredibly gooey cinnamon rolls, using ingredients you probably already have in your home.

You can find Coral’s recipe here, and be sure to check out our Instagram on April 12, when she will be taking it over!

Thank you to everyone who participated!

Buzzeo is SEO & Content Marketing Supervisor for Madavor Media, which owns several brands, including Diabetes Self-Management and Gluten-Free Living. He has written professionally since earning his degree from Quinnipiac University.