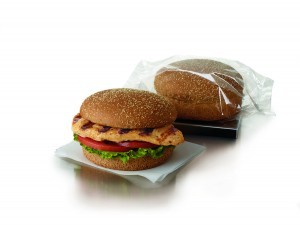 Chick-fil-A restaurants are not gluten-free environments, but they have offered several gluten-free options for some time. The grilled chicken and chicken nuggets are prepared separately from the fried chicken. The waffle fries are cooked in canola oil while the fried chicken is cooked in peanut oil. That’s right—the French fries are safe at a fast-food restaurant! Freshly prepared salads with or without chicken, freshly cut fruit cups and yogurt parfaits are also gluten free.

Because so many items are made from scratch, diners can easily customize their orders to exclude ingredients, such as cheese from a salad. The same is true when it comes to ordering ingredients separately from their wheat counterparts, like bacon or sausage sans the biscuit and hash browns prepared in a dedicated fryer.

All that had been missing from the menu is a gluten-free bun, but the wait for that item is finally over. Chick-fil-A has been testing a gluten-free bun since April 2016 in Washington, Idaho and Mississippi. The company says it decided to add it to the menu because customers should not have to sacrifice taste due to dietary limitations.

If the test markets go well, the bun will be rolled out nationwide, making Chick-fil-A one of the first fast-food restaurant chains in the United States to offer a gluten-free bun to its guests.

ALL ABOUT THAT GLUTEN-FREE BUN

It took about three years and 30 bakeries before Chick-fil-A settled on its gluten-free bun supplier. Food safety and allergen certifications were required just to be considered for the test market. The bakery, whose name hasn’t been released, custom manufactured the bun to complement the grilled chicken breast, and it looks almost identical to its wheat-bun counterpart.

Independent, third-party testing was conducted to ensure the bun is free from cross-contamination and truly gluten free. The bun costs an additional $1.15 and is enriched with vitamins and minerals. While the ingredients haven’t been released yet, we have learned it is made from a blend of chia seeds, amaranth and quinoa, and is lightly sweetened with molasses and raisins.

The buns are freshly baked, individually wrapped and stored frozen. Once thawed, the bun is served sealed alongside the grilled chicken and condiments so the customer actually assembles the sandwich. Guests can request the bun be toasted, but there is only one shared toaster, leaving the bun subject to cross-contamination with wheat.

HOW DOES IT TASTE?

I had the chance to try the bun at a small test market here in Georgia. One of the largest foodservice buns I’ve ever seen, it’s soft right out of the package with a slightly sweet smell and hearty flavor. The bun holds up well to Chick-fil-A’s large grilled breast piled with lettuce, tomato, pickles and mayonnaise without any crumbling or breaking.

While it is too soon to tell how the test markets are going because sales of the bun vary per day and per restaurant, the company is pleased with the results thus far. If the sales results of the test market and the feedback from customers are positive, Chick-fil-A will decide whether the bun is a good fit for the menu. If so, it will garner marketing support both inside and outside of the restaurant prior to its rollout. Chick-fil-A’s famous cows may soon be telling the audience to “eat more chikin” with a gluten-free bun.

Top 10 Ingredients You Really Don’t Need to Worry About