In spite of General Mills releasingfive varieties of gluten-free Cheerios in Canada this summer, the Canadian Celiac Association (CCA) recommends that “people with celiac disease or gluten sensitivity DO NOT consume the gluten-free labeled Cheerios products at this time because of concerns about the potential levels of gluten in boxes of these cereals.” 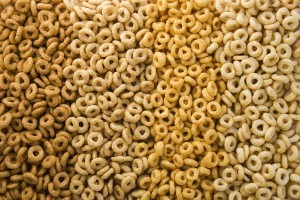