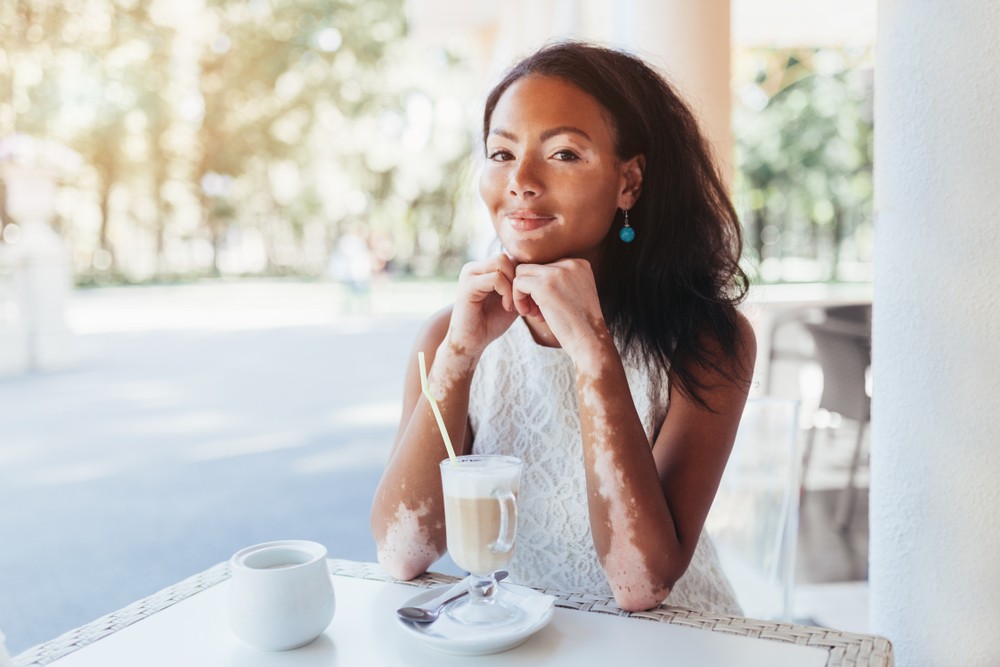 Celiac disease and vitiligo, a skin disorder, are both linked to autoimmune diseases and a gluten-free diet could be beneficial in helping treat both.

Vitiligo is a skin condition that causes skin to lose its natural color, causing patches of lighter skin to appear. The condition impacts about 1 percent of the world’s population, and 2 to 5 million people in the United States.

According to the American Academy of Dermatology, vitiligo develops when melanocytes, the cells that give the skin and hair color, die. It is not fully known why the cells die, though non-segmental vitiligo is believed to be an autoimmune disease. Though vitiligo occasionally causes pain or itchiness on the skin, it typically does not have other symptoms. Several treatment options are available, including light therapy, topical medicine and sometimes surgery.

“We know that patients with autoimmune conditions are generally at higher risk of developing certain other autoimmune conditions, and a few small studies have found vitiligo patients to have a slightly higher risk of developing celiac disease compared to the normal population,” said Dr. Kristina Liu, director of the Vitiligo Clinic at Brigham and Women’s Hospital.

According to Mercola, a gluten-free diet could cause vitiligo to improve.

“Wheat is one of the grains in many of the processed foods at your grocery store that interferes with a healthy complexion and contributes to psoriasis and eczema outbreaks. Proteins in wheat are responsible for inflammation and changes to your gastrointestinal tract, nervous system and cardiovascular system.”

Acne, atopic dermatitis, psoriasis, eczema and vitiligo may be exacerbated by gluten in the diet, particularly to those who are gluten intolerant. According to Mercola, in a case report, a 22-year-old patient was placed on a gluten-free diet after undergoing medical therapy for vitiligo without success. “Partial, but rapid repigmentation occurred in the first month and stabilized after four months of remaining gluten-free.”

Dr. Alessio Fasano, a world-renowned expert on celiac disease and gluten sensitivity at Mass General Hospital for Children and director of the Center for Celiac Research, said it is not common to see patients with celiac disease also affected by vitiligo. “However, as with other chronic inflammatory diseases, there have been descriptions of this co-morbidity of vitiligo with celiac disease,” Fasano said.

The component found in wheat has been linked to inflammation, which can trigger the immune system to become active and start attacking your melanocytes, this Mercola article explains.

Since vitiligo and celiac disease come from the same family of autoimmune disorders (there are 14 known genes associated with vitiligo, and 13 of them have been found to be a component in celiac disease too), avoiding gluten may be beneficial to treating both.

Fasano said medical experts don’t know for sure if consuming gluten exacerbates vitiligo symptoms. “There have been several anecdotal reports suggesting that cross-contamination with gluten can ignite both gastrointestinal symptoms and make vitiligo worse in people affected by both diseases,” he said. 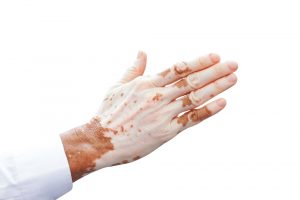 Most medical experts agree that there has not been enough research done to determine whether a gluten-free diet can help with vitiligo. However, some small studies and anecdotal reports imply that it can help. Overall, in a patient with celiac, vitiligo or both, a healthy and balanced diet is essential.

“Just as in many other autoimmune diseases, it is intuitive that a nutritious, balanced diet that maintains the gut microbiome as a healthy ecosystem may mitigate the inflammatory process that characterizes this autoimmune process in vitiligo,” Fasano said.