If the number of gluten-free entries in the annual Great American Beer Festival are any indication, craft brewing isn’t limited to traditional beers. At last week’s event in Denver—the largest commercial beer competition in the world, now in its 34th year—there were 24 beers entered in the gluten-free beer category. 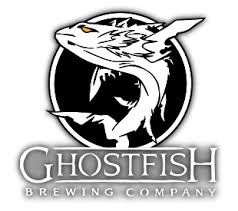 Taking both the Gold and Bronze medals was Seattle’s Ghostfish Brewing Company, whose production facility is entirely gluten free. The brewery’s Watchstander Stout, which took the top prize, is made from five different roasts of artisan millet malt. The third-place winner, Grapefruit IPA, is brewed with grapefruit peel and bitter Washington state hops.

All of Ghostfish’s beers are sold at its Seattle taproom, where the menu also includes gluten-free thin- and thick-crust pizzas, salads,and oat-free granolas. The beers are also available at retailers throughout western Washington. Four of the company’s beers, including the two award winners, can be ordered online from Marina Market and shipped to 28 states, plus the District of Columbia.

The Silver medal went to  IPA No. 5 from all-gluten-free Ground Breaker Brewing in Portland, Oregon. This India pale ale is brewed with roasted chestnuts, roasted lentils and Belgian-style candi sugar.

This is the fourth year in a row Ground Breaker has medaled at the festival, though its first two awards came under a different name. Previously known as Harvester Brewing, the brewery changed its name to avoid a dispute with a California wine company several years ago.

At the Portland gastropub next door to the brewery, Ground Breaker offers its beers on a menu that currently features gluten-free flatbreads, Cubano sandwiches and peach bread pudding drizzled with beer caramel. Outside of Oregon, Ground Breaker beers are distributed in Washington State and Idaho. IPA No. 5 and several other varieties are also sold online through Bring on the Beer to residents of 37 states.

The festival’s gluten-free beer category includes only  beers made from fermentable sugars, grains and converted carbohydrates. Gluten-reduced beers are not considered part of this grouping because their gluten levels—derived from malted barley—have been reduced by enzymes or other processes.

Michael Savett is the author of the gluten-free blog Gluten Free Philly. He’s also a regular contributor to Gluten-Free Living.