Being gluten free and 64 years old doesn’t stop Mary Creel one bit. She has logged 63 marathons (and counting) and four Ironman long-distance races, and credits a large part of her success to switching to a gluten-free diet 12 years ago. 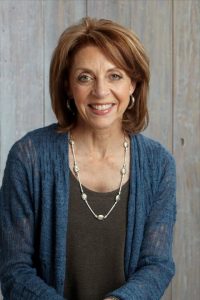 Creel, who lives in Birmingham, Alabama, is a registered dietitian and former editor of the magazine Cooking Light. Currently, she works as a dietitian for eMeals, a digital meal planning service that provides weekly inspiration, recipes and shopping lists.

When Creel was in college in the 1970s, she said she studied celiac disease, but most students brushed it aside.

“It was one of those diets where everybody puts it in the back of their notebooks and says, ‘We’ll never get a patient with that in the hospital,’” Creel said. “It’s like getting a leper in the hospital.”

But when Creel’s sister was diagnosed with celiac disease after years of symptoms, so “out of solidarity and sympathy” for her, Creel joined the gluten-free journey with her sister, and she never looked back.

When Creel stopped eating gluten, her gassiness, headache and fogginess all went away and she realized she had a gluten sensitivity. Once she cut out gluten, she began to evaluate all her health choices.

“It made me take a look at everything that was in my daily regimen,” she said. “I wasn’t just eliminating gluten, but I was making sure I got enough protein and things like that.”

As for her interest in running, “you naturally perform better when you eat better,” Creel said, and with the newfound energy that a gluten-free diet gave her, she was able to pursue her passion for running marathons.

Of course, making the change to a gluten-free diet after decades of eating gluten did have its challenges. Creel said there were times when she wondered if the diet was necessary, but when she would try gluten all her symptoms would come back. Twelve years ago, there were fewer options for people avoiding gluten.

“One of the things I noticed was that gluten-free products that were out there were like eating cardboard and there weren’t that many options,” Creel said. Over the years, she has “endlessly educated” friends, relatives, co-workers and wait staff about gluten and how it impacts her body.

She also struggled at social gatherings because “you felt like you were the special needs guest,” but she learned to let her host know about her dietary restrictions or bring food with her that she could enjoy during a party. In 2019, there is more awareness and knowledge about gluten and better gluten-free food options on the market.

“Now pizza places are even offering gluten-free pizza, which was unheard of,” Creel said.

Though the adjustment wasn’t always easy, Creel said she feels it wasn’t as difficult since she was older when she cut out gluten from her diet.

“Sometimes it’s easier for an older person because they have the knowledge and the resources to learn and the desire to clean up their diet,” she said.

Creel is thankful for the opportunity to make gluten-free eating easier for people in her work at eMeals. eMeals offers gluten-free and paleo meal plans, and Creel selects recipes each week that have been tested in their kitchen.

The meal plans focus on using fresh fruits and vegetables, lean protein, legumes and very limited use of

gluten-free processed foods. Once a week, eMeals provides seven meals for the week and an accompanying shopping list that details everything needed for the week. Creel uses eMeals herself to maintain a gluten-free diet and keep from growing bored with what she eats.

“It’s a solution for a lot of people who are faced with having to cook for somebody in their family that has a gluten intolerance or they get tired of eating out,” she said. “We know as dietitians that people eat healthier and eat fewer calories and meals that are lower in sodium and fat when they cook at home.

A subscription to an eMeals plan is $5 a month for a 12-month subscription and the first 14 days are free. For an example of the meals chosen, for a week in December, the gluten-free meal plan offered Glazed Bacon-Wrapped Chicken, Vegetable Skillet Lasagna, Salmon with Corn, Black-Eyed Peas and Tomatoes, Cincinnati White Chicken Chili, Sheet Pan Meatball-and Zucchini “Spaghetti,” Warm Roast Beef Sandwiches with Balsamic Onions, and London Broil with Creamy Lemon Sauce. Additionally, side dishes were included for almost every meal. Creel said she picks out options that are varied every week.