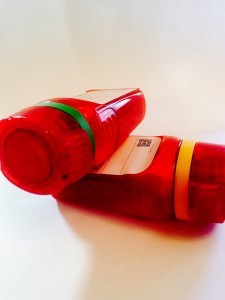 A drug to treat celiac disease moved closer to reality with the announcement that it will be tested in a large clinical trial later this year.

Innovate Biopharmaceuticals has announced that a compound known as larazotide acetate or INN-202 will be tested in a Phase 3 clinical trial, the first time a celiac disease drug has gotten this far in the approval process.

Larazotide acetate has the potential to become the first approved medicine to treat celiac disease and has been granted “Fast Track” designation from the U.S. Food and Drug Administration (FDA).

The medicine is not intended to allow those with celiac disease to knowingly consume foods containing gluten. Instead, it works with the gluten-free diet to prevent so-called “leaky gut” syndrome in cases of incidental cross-contamination.

Larazotide acetate belongs to a class of drugs called tight junction regulators. Tight junctions, which are located in the bowel, should remain closed except to shed dead cells. However, in patients with celiac disease, the presence of gluten causes the tight junctions to remain open. This starts an inflammatory cascade within the bowel that eventually destroys the absorbing lining, called the intestinal villa.

Early research suggests larazotide acetate may help keep the tight junctions closed when taken prior to a meal, thus reducing the inflammatory process in response to gluten.

In the Phase 3 clinical trial, the drug will be given to large groups of people to confirm its effectiveness, monitor side effects, compare it to commonly used treatments and collect information that will allow it to be used safely. If Phase 3 is completed successfully, Innovate can request approval from the FDA for marketing the drug.

According to the FDA, the length of the study in this phase can last anywhere from one year to four years. If the trial shows that the drug is safe and effective for its intended use, Innovate can apply for marketing approval. From that point, the FDA has six to 10 months to make a decision whether to approve the drug.

“There is a huge demand for adjunctive therapies from the celiac patient community, and I am happy to see larazotide acetate moving ahead with what will be the first Phase 3 trials ever conducted in celiac disease,” said Daniel A. Leffler, M.D., director of research at the Celiac Center at Beth Israel Deaconess Medical Center in Boston.

Alba Therapeutics, which conducted the initial research and development of the drug, previously known as AT-101, recently licensed the additional clinical testing and future distribution rights to Innovate.

Michael Savett is a frequent contributor to Gluten-Free Living. He blogs at glutenfreephilly.com.

New to being gluten free?

One thought on “Drug to Treat Celiac Disease Gets Closer”