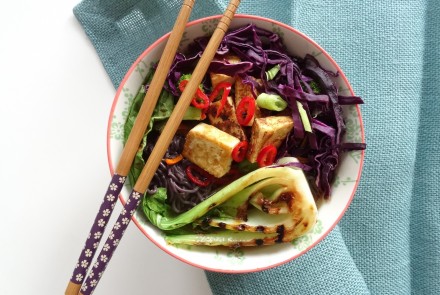 When was the last time you had ramen noodles? If you’re now following a gluten-free diet, it might well have been back in a college dorm room with the help of your trusty hot pot. While ramen has been around for hundreds of years, it was previously off limits to people on a gluten-free diet because it contains wheat flour. But those who have been avoiding traditional ramen noodle soup now have the opportunity to try the new gluten-free flavors and varieties finding their way to supermarket shelves.

How did we get here?

According to the 2016 Google Food Trends Report, ramen is one of the year’s trendiest foods. In fact, it is the second-most-searched food, with inquiries about where to buy it, how to make it and which restaurants serve it popping up daily. The ramen restaurant craze is sweeping the country. But believe it or not, the history of ramen reveals oodles of geopolitical intrigue. 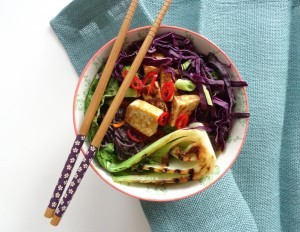 Chinese tradesmen, including cooks, brought their noodle recipes and methods to Japan around 1910, during a time of industrialization. Their noodles were comprised of wheat flour mixed with “kansui,” a blend of baking soda and water that gave the noodle its yellow, chewy and elastic texture. At the time, these noodles were called “shina soba” or “chuka soba.” Shina and chuka were expressions of the word China, and soba was a typical buckwheat-based Japanese noodle.

The noodles were embraced all over Japan, and cooks in each town added unique broths and distinct components to regionalize their dishes. Blue-collar workers adopted ramen because it provided a low-cost and highly filling meal, but it soon became one of Japan’s most highly recognized dishes for everyone.

After World War II, the Japanese dropped the name shina or chuka soba, as it was considered a derogatory description of a Chinese noodle. The Japanese word “ramen” pays homage to its Chinese roots, since the word is derived from the Chinese words for pull (la) and noodle (mian). Homemade ramen noodles are hand pulled to work the dough and help create their texture. Instant ramen noodles were introduced in 1958 by creator Momofuku Ando as “Nissin Foods Chikin Ramen” and arrived in the United States as Maruchan’s Cup O’Noodle Soup in 1973. Cup O’Noodle Soup is still available at snack bars, college dorms and in emergency provision kits all over the United States.

Today ramen is all about delicious broths, fresh ingredients and the comfort of a big bowl of hot noodles. In an exciting development, King Soba Noodle Culture has introduced buckwheat, black rice and brown rice ramen as delicious gluten-free options.

British food entrepreneur Kim Kamlani founded King Soba in 1996 as a way to share his gluten-free diet. Though not suffering from celiac disease himself, he believes that gluten free is more than a diet—it’s a framework for life. Besides a variety of flavors, King Soba Noodle Culture believes what sets them apart from other gluten-free brans are dedication, innovation and style.