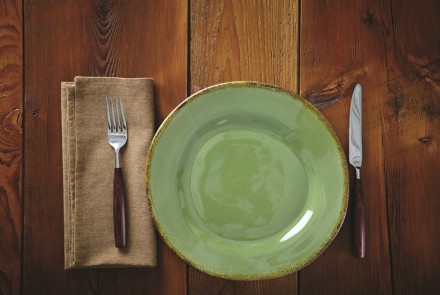 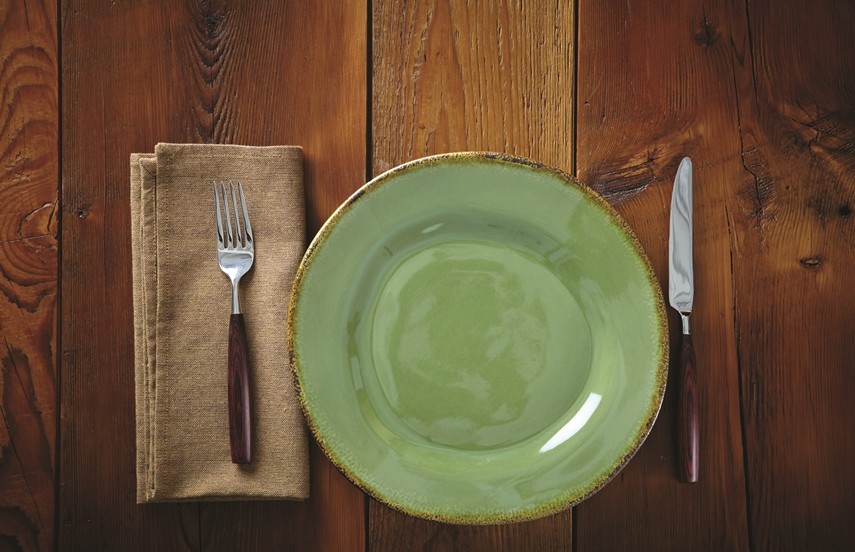 It’s a fact; if you have a diagnosis of celiac disease, gluten is a no-go. Gluten is public enemy No. 1 for someone with celiac disease — it’s downright toxic, causing intestinal damage.

But what about those with gluten sensitivity?

Currently, there is no definitive way to diagnose gluten sensitivity — there are no blood tests or biomarkers to confirm the condition. As a result, gluten sensitivity is a diagnosis of exclusion, made when celiac disease and wheat allergy have been ruled out. The topic of gluten sensitivity was the subject of debate and interest at the recent International Celiac Disease Symposium held in Chicago. International digestive health scientists, medical doctors and dietitians interested in celiac disease came together to get more clarity on how to identify and manage this emerging entity.

A growing number of people are diagnosing themselves with gluten sensitivity and are helping sustain a huge surge in gluten-free foods on the market.

But it remains unclear if all of these individuals need to avoid eating gluten. Those with self-described gluten sensitivity who experience only gastrointestinal symptoms when they consume gluten-containing grains may in fact be suffering from irritable bowel syndrome (IBS) and may not be gluten sensitive at all.

This possibility furthers the debate because gluten sensitivity was only recently recognized as a bona fide medical condition by international celiac disease experts, validating the claims of patients whose symptoms were left unexplained after it was determined through testing that they did not have celiac disease.

Alessio Fasano, M.D., chief of pediatric gastroenterology and nutrition at Massachusetts General Hospital in Boston and head of the celiac disease center there, says that though the two conditions can result in similar symptoms, they also have distinct differences that need to be recognized.

“Although non-celiac gluten sensitivity and irritable bowel syndrome are very different conditions, there can be overlap in some of the symptoms,” Fasano says, noting that both can cause bloating and abdominal distress. “However, with gluten sensitivity, extraintestinal symptoms occur that are not present in people with IBS, such as chronic fatigue, headache, foggy mind, joint pain, skin rash, depression, anemia and numbness.”

When those who are gluten sensitive remove gluten from their diet, they feel better, and when they reintroduce gluten again they feel worse.

But some experts have begun asking whether this is due to the effects of gluten or other nutritional components commonly found in gluten-containing grains.

Removing gluten-containing grains also reduces the amount of rapidly fermentable carbohydrates in the diet. Wheat, barley and rye are sources not only of gluten but also fructans, carbohydraterich, indigestible fibers that can contribute to gastrointestinal distress and fatigue in some people.

Moreover, wheat, a big source of gluten in the American diet, also contains proteins called amylase trypsin inhibitors (ATIs) that might play a role in gluten sensitivity symptoms. The ATI content in modern wheat has increased in past years due to resistance breeding. This had lead to speculation that they might be a factor in the increase in prevalence in celiac disease and in the increase in gluten sensitivity. Researchers are working fast and feverishly to learn more about all these possibilities.

Experts know gluten is the cause of celiac disease, but many questions remain about gluten sensitivity.

“We know for sure that gluten is the culprit that triggers an autoimmune response that leads to celiac disease in genetically predisposed individuals. We also know that gluten triggers an allergic reaction in people with wheat allergy,” Fasano says. “For gluten sensitivity, we don’t know the complete picture about what triggers this reaction. There could be evidence of other components of wheat that might trigger the reaction of the innate immune system.”

New research suggests that in many individuals with self-described gluten sensitivity, a group of poorly digested carbohydrates, called FODMAPs, may actually be triggering gastrointestinal symptoms.

There is a bit of an overlap between a low-FODMAP diet and a gluten-free diet because the gluten-containing grains are also sources of fructans. Fructans are one group in the family of FODMAPs.

A landmark study from Monash University in Australia was the first to show that in some individuals with self-described gluten sensitivity, FODMAPs could be the cause of their gastrointestinal complaints instead of gluten. A gluten-free diet also removes some of the biggest sources of FODMAPs in the American diet, particularly wheat.

But Fasano says it’s important to keep in mind that FODMAP reactions don’t account for all the symptoms experienced by those who have gluten sensitivity. And he notes that FODMAPs are in many foods other than gluten-containing grains, so someone on a gluten-free diet would not eliminate them completely. It’s still not clear whether someone who is sensitive to FODMAPs could relieve symptoms caused by these carbohydrates with a gluten-free diet alone.

It’s unknown how many people have gluten sensitivity or whether grain components other than gluten may be the cause of symptoms for some.

Some researchers believe that people with gluten sensitivity improve on the gluten-free diet due to reduction in FODMAPs.

A portion of those who describe themselves as gluten sensitive may actually be FODMAP sensitive. And some may be intolerant to another component of gluten-containing grains, such as the ATIs.

Individuals who suffer from symptoms including joint pain, brain fog, depression and headaches, rather than gastrointestinal distress alone, are perhaps more likely to have gluten sensitivity.

Additionally, some people with celiac disease may also have an overlapping FODMAP sensitivity and should discuss this possibility with a health care provider if they follow a strict gluten-free diet but remain troubled with gas, bloating and other gastrointestinal symptoms.

As with any diet modification, the goal is to choose as varied a diet as possible to maximize nutrition and minimize health risks. Anyone with gastrointestinal problems should work with their doctor and dietitian to help sort out food intolerances systematically and safely to avoid nutritional deficiencies and help them feel their best.

Kate Scarlata is a registered and licensed dietitian in private practice Boston, Mass. She is an expert in the area of FODMAPs and the author of The Complete Idiot’s Guide to Eating Well with IBS and Real People Need Real Food: A Guide to Healthy Eating for Families Living in a Fast Food World. She has also written for Today’s Dietitian.

FODMAP is an acronym coined by two Australian researchers, Sue Shepherd and Peter Gibson, which defines a group of commonly malabsorbed carbohydrates — sugars and fibers.

FODMAPs are different from other carbohydrates because intestinal bacteria quickly ferment them. FODMAPs essentially are fast food for our gut bacteria.

When bacteria eat the poorly digested FODMAPs, they create gas, which can make a person feel gassy and bloated. FODMAPs are very small carbohydrates; as such, they are osmotically active. They draw water into the intestine, which can lead to diarrhea or trapping of fluid in the intestine leading to additional stomach bloating and distention.

She highlights a few questions that still need to be answered to properly identify gluten sensitivity and its subsequent treatment. She says future research needs to:

• Gain the understanding of how gluten impacts symptoms in the gastrointestinal tract and beyond.

• Understand the prevalence of gluten sensitivity.

• Identify the quantity, if any, of gluten that can be tolerated by people with gluten sensitivity. 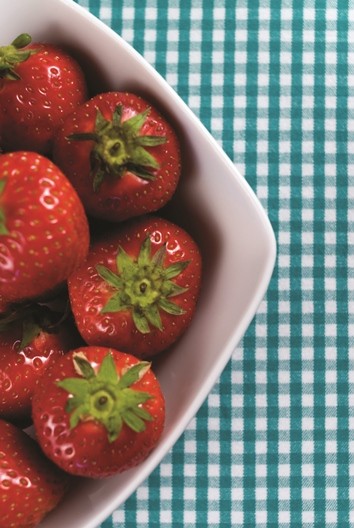 What’s in the name?

Don’t worry that you need to know all these science terms.

FODMAPs are abundant in the diet even beyond the gluten-containing grains. Who doesn’t enjoy a hearty bowl of chili, perhaps with some onion and garlic, or a large juicy fresh fall apple or a gluten-free granola bar loaded with dried fruit, nuts and perhaps some added chicory root? All contain FODMAPs.

That means following a diet rich in beans, soymilk, onions and garlic could tip someone with a gut sensitive to FODMAPs right over the edge. Also, FODMAPs have a cumulative impact. So the more FODMAPs consumed at one sitting, the more likely they will trigger symptoms in someone who is sensitive to them.

There are many low-FODMAP and gluten-free foods. The best, of course, are those provided by Mother Nature, including leafy greens such as spinach, Swiss chard, romaine and kale, bell peppers, potatoes, carrots and green beans.

Flavorful and nourishing fruits such as blueberries, strawberries, kiwifruit, oranges, bananas, star fruit, cantaloupe and honeydew can be enjoyed on a low-FODMAP and gluten-free diet. Of course, meats, poultry, pork and fish are gluten free and low FODMAP too, as there are no carbohydrates in these protein-rich sources.

Removing FODMAPs in the diet may seem overly restrictive, but with a bit of creativity, a delicious, nutritious and filling meal is quite possible. Here is a sample gluten-free, low-FODMAP menu:

Snack
Rice crackers and cheddar cheese with 20 grapes or lactose-free yogurt with blueberries and chia seeds.

Who should consider a FODMAP diet?

If you think you are gluten sensitive and follow a gluten-free diet but continue to have symptoms, you may be sensitive to FODMAPs.

FODMAPs have been shown to trigger gastrointestinal problems in those who suffer with irritable bowel syndrome. Many foods contain both gluten and FODMAPs, so it’s easy to blame gluten for symptoms that might really be related to FODMAPs in someone sensitive to them.

When a gluten-free diet isn’t resolving your symptoms, and you are sure you’re following it strictly, you might want to explore causes beyond gluten.

If you have celiac disease and are following the gluten-free but still experiencing some residual gastrointestinal symptoms, consider seeking advice from your dietitian about FODMAP sensitivities, too.

Research shows that about 75 percent of those who suffer with irritable bowel symptoms — gas, bloating, diarrhea and constipation — are sensitive to poorly absorbed FODMAPs.

In the recent ground-breaking study on gluten sensitivity, Jessica Biesiekierski, Ph.D., and Monash University researchers from Melbourne, Australia, found that 37 patients who believed they had gluten sensitivity noted improvement of their symptoms on a low-FODMAP diet.

When these patients were challenged in a doubleblind placebo-controlled study, their gastrointestinal symptoms worsened whether they ingested gluten or not.

“The findings from our study highlight the importance of distinguishing clearly between the protein (gluten) and carbohydrate (fructan) components of wheat,” Biesiekierski says. “Indeed, patients who believe they have non-celiac gluten sensitivity are likely to benefit from lowering their dietary intake of FODMAPs.”

Researchers from University of Salerno, Italy, who studied the diet of a group of individuals with gluten sensitivity, found that in addition to avoiding gluten, the majority also limited foods such as fruit, dairy products, nuts and vegetables.

Those with gluten sensitivity excluded these FODMAP-containing foods because they continued to have symptoms similar to those caused by eating gluten.

Likewise, Celiac Disease Center at Columbia University researchers found that 52 percent of individuals with gluten sensitivity avoided additional food, including dairy and soy products, potential FODMAP sources. The researchers noted that in their study group many of those with gluten sensitivity also experienced fructose and lactose intolerance, dietary intolerances that benefit from the low-FODMAP diet.

These findings reinforce the idea that there appears to be quite a bit of overlap with gluten sensitivity and FODMAPs.

This story appeared in the January/February 2014 issue of Gluten-Free Living.