After getting diagnosed with celiac disease four years ago, I noticed the need to supplement with vitamins constituted one of the major topics of misinformation and differing opinions. While some articles and websites mentioned a list of benefits, others discussed how it was a big waste of money.

The search for answers

I scoured the internet, reading all sorts of articles, from medical journals to physicians’ blogs to various celiac awareness groups’ websites. After striking out with “Dr. Google,” I talked with my primary care physician and dietician, both of whom recommended supplementing with a daily multivitamin containing probiotics, saying it would be a great idea while my gut healed. However, each recommended a different brand.

The next question then became, which brand of multivitamin do I purchase? Dozens of choices stared at me from the shelves, from generic one-a-days to more expensive multivitamins at stores such as Whole Foods to products geared toward celiac patients like CeliAct. I was overwhelmed, as I’m sure many of you were. 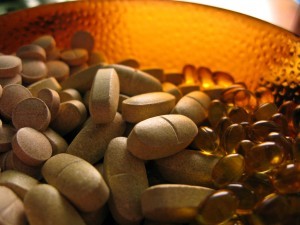 As a result, I decided to get out there and talk to other celiac patients and healthcare professionals. I attended the International Celiac Symposium in September 2013 in Chicago, and that’s when my passion and curiosity for celiac disease really piqued. I met Dr. Stefano Guandalini, the founder and medical director of the University of Chicago Celiac Disease Center, and had the opportunity to learn about his background and the center’s mission. I also spoke with nurses, other celiac patients and their families, and researchers from around the world.

I asked other patients if they supplemented and learned that some did while others didn’t. Realizing that many others face the decision of whether or not to supplement, I continued researching the issue in order to set the record straight for fellow celiac patients as well as those suffering from non-celiac gluten sensitivity.

Lori Welstead, M.S., R.D., L.D.N., a dietitian at the University of Chicago who specializes in counseling patients with gastrointestinal disorders, advises getting vitamins and probiotics through food but does sometimes suggest a multivitamin such as Rainbow Light, a daily supplement that contains probiotics and digestive support. “I recommend patients look for foods that are nutrient dense, as these are naturally good sources of vitamins and minerals and provide a balanced and adequate intake,” she says. “Fruits, vegetables, beans, nuts, seeds, fish, lean meat and poultry are all great foods to consume.”

After speaking with Welstead, I asked Dr. Guandalini whether taking a supplement is necessary and, if so, which brand he would recommend. “Once in full remission on a strict gluten-free diet, celiac patients can be considered just as healthy as individuals who do not have celiac, with no additional needs for vitamins or other types of supplements,” he said. “If the patient chooses to supplement, a general multivitamin preparation would be more than adequate.”

Many people need to supplement because they consume a great deal of packaged gluten-free food, which is highly processed and stripped of most minerals and vitamins. If you do choose to take a multivitamin, a one-a-day like Rainbow Light is fine and no different from vitamins marketed toward celiac patients, such as CeliAct and Alorex.

Overall, following a strict gluten-free diet and eating nutrient-dense foods like those mentioned above are the most important steps you can take. After the gut has healed, patients who follow a healthful gluten-free diet don’t need any supplementation. As it turns out, at the end of the day, food truly is the best medicine.

Greg Chiakulas is a freelance journalist and published author who has a passion for writing and celiac disease. Ever since getting diagnosed four years ago, Greg has become more careful and critical about what foods he consumes, and is a big advocate and supporter of celiac disease research, getting the correct diagnosis and the push to find a cure. 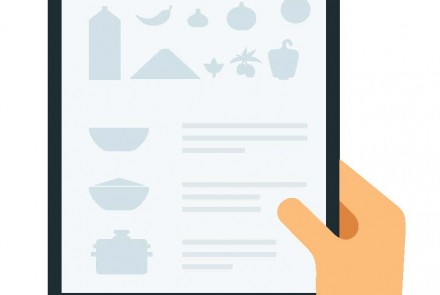 From a dedicated gluten-free bakery to iPad reviews of food ingredients, colleges and universities are making it easier for students with celiac disease and gluten sensitivity to navigate campus dining options. Though it still can be a challenge finding safe and varied meals, things are improving because of these developments. Here are some examples of what colleges across the country are doing.

The University of Connecticut in 2015 opened the first certified gluten-free bakery on a U.S. college campus. The university also offers a full gluten-free menu in its food court. 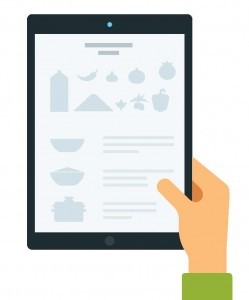 At North Carolina State University, dining services utilize iPads in each dining hall, allowing gluten-free students to look up ingredients for each dish being served. The staff also keeps in touch with students via email with friendly reminders about gluten-free foods being served.

Since there are no residential dining halls at the University of Arizona, Core+, a dedicated gluten-free facility, offers made-to-order stir-fry, fajitas and salads. And the On Deck Deli prepares gluten-free sandwiches and bagels in a dedicated area.