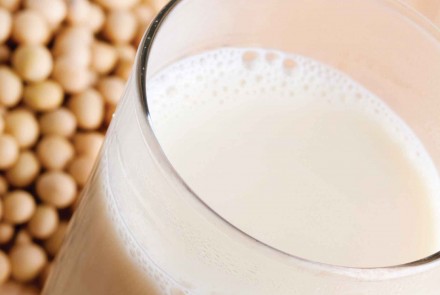 So you’re gluten-free. That alone presents enough challenges, but some people with celiac disease or gluten intolerance experience unpleasant reactions to soy, too.

Like gluten, soy tends to show up in a huge range of unexpected places. Although only a few foods are made primarily with soy, it’s used as an ingredient in many processed foods and in most fast-food options. People avoiding both gluten and soy have unique eating challenges, especially for gluten-free vegetarians, vegans and people who avoid dairy.

Soy can cause a problem for a variety of reasons. Soy allergies are the best known and get the most attention because they can be life threatening and are better defined and diagnosed. But there can be other immune-based food reactions, such as eosinophilic esophagitis, gastroenteropathy and food protein-induced enterocolitis syndrome, which affects infants and young children.

And some people have an intolerance to soy. Soy intolerance or sensitivity is murkier territory. Symptoms include digestive upset (nausea, vomiting, diarrhea, etc.), skin reactions (eczema, hives, rashes, etc.), respiratory reactions (congestion, itching, etc.) and nervous system reactions (headaches, migraines, etc.). While these reactions are uncomfortable, unlike true allergic reactions, they do not involve the immune system and are not life-threatening.

The symptoms of soy intolerance are similar to other conditions and overlap with some of the symptoms of celiac disease and gluten sensitivity. It’s always a good idea to see a doctor if you develop any of them. Although people don’t usually develop soy allergies as adults, anyone who experiences problems with breathing, throat swelling, etc., should be tested for food allergies by a physician.

Mainstream medical practitioners don’t currently recognize any tests for soy intolerance as valid, but some chiropractors, naturopaths and others use an alphabet of tests to diagnose soy intolerance (ELISA, ALCAT and LEAP), as well as muscle testing, stool testing and more.

However, a recent article in Current Gastroenterology Reports by Stefano Guandalini, M.D., of the University of Chicago Celiac Disease Center specifically recommends against using these tests for diagnosing food allergies or intolerances that may exist alongside celiac disease or gluten intolerance. Instead, he recommends keeping a symptom diary and doing an elimination diet, which removes common dietary offenders.

Since there are no accepted food intolerance tests, it’s difficult to get an accurate figure for the number of people affected. And while there is a sense that those who have celiac disease or gluten intolerance are more likely to have difficulty with soy than the general public, we could find no studies to back that theory up.

People with soy intolerance may experience a variable tolerance to soy. Some people can eat trace amounts of soy without a problem, such as soy lecithin or soy oil, and others have a reaction to even a tiny amount.

Soy allergies are diagnosed with a combination of blood tests, skin tests and observed food reactions. As with any food allergy, anyone with a soy allergy must carry an epinephrine (EPI) pen at all times, because even small amounts of soy can be immediately life threatening. Some people with a soy allergy may be able to safely eat products with highly refined soy oil and soy lecithin. However, that decision must be made with the guidance of a health care team.

Where is soy found?

Like gluten, there are obvious sources of soy and others that require careful label reading. Tofu, miso, soy sauce, soy milk, soy nuts and edamame are all soy based. Additionally, a huge range of processed foods contain smaller amounts of soy, from broths to rice mixes to chocolate to protein shakes and bars. Vegetable oil is usually soy oil. Many dairy substitutes, such as yogurts, cheeses, spreads, etc., are soy-based, too.

The good news is that soy, like wheat, is one of the top eight allergens in the U.S., so it is covered by the Food Allergen Labeling Consumer Protection Act (FALCP), which went into effect in 2006. Most packaged products fall under the F.D.A. regulation, so soy has to be clearly labeled. Either “soy” must be included in the ingredients list or in a “Contains” statement following the ingredients list. For example, canned tuna can be labeled “broth (soy)” or have a statement that says, “Contains soy.”

A delicious gluten- and soy-free diet

Most soy sauce, teriyaki, hoisin and oyster sauce contain gluten, soy or both, though there are a few exceptions. (See list page 56.) You can use sesame, ginger, garlic, umeboshi vinegar, sea vegetables and salt to mimic these flavors. Miso is a common Asian staple used in soups and dressings. Unfortunately, almost all commercial miso products contain either soy or barley and sometimes both.

There are a variety of gluten-free chocolates available, but almost all contain soy lecithin.

The good news is gluten-free chocolate baked goods can be made with cocoa powder or unsweetened chocolate, both of which are generally gluten and soy free.

Fortunately, there are many gluten- and soy-free options in other aisles, starting with the naturally free options, like plain fruits, vegetables, nuts, seeds, beans (except soybeans), dairy, poultry, fish and meat. Although many alternative dairy products are soy-based, there are more and more rice, almond, coconut and hemp alternatives to milk, yogurt, cheese and ice cream. Manufacturers are also recognizing the increasing demand for allergen-free foods, and it’s easier to find specialty gluten-free products labeled soy free, too.

Research has shown that people on a gluten-free diet often don’t get the B vitamins, calcium and iron that they need. Those who are gluten and soy free face a double whammy on this score since soy is a good source of fiber and iron often included in the gluten-free diet.

Many people, particularly vegetarians or vegans, rely on soy as a main protein source. Almost all textured vegetable protein, veggie burgers and nuggets contain either gluten or soy, so pre-made vegetarian foods are a minefield. Beans, lentils, quinoa, buckwheat, amaranth, teff, seeds and nuts are sources of protein that are both gluten and soy free. They also contain B vitamins, calcium, iron and fiber, and can help round out any diet.

The following is a list of products to consider if on a soy-free diet:

Also, soyfreesales.com is a resource for soy-free products. Many of their products are gluten-free and made in a dedicated gluten-free, allergen-free facility.

Cheryl Harris is a registered dietitian and nutritionist in Northern Virginia who specializes in the gluten-free lifestyle. She shares her passion for gluten-free healthy eating on her websites, harriswholehealth.com and gfgoodness.com.