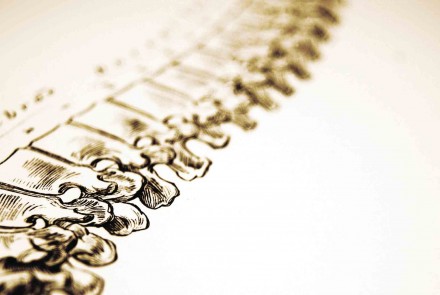 When you have celiac disease you’re well-acquainted with the digestive symptoms of the condition. But other than the gut and small intestine, celiac disease also affects other important body systems—including the bones and skeleton. Osteoporosis, a disease in which bones become weakened, thin and brittle, can result from celiac disease.

In fact, those who have celiac disease have a 3.5 percent chance of being diagnosed with osteoporosis compared to only .05 percent in the general population. They also have double the risk of bone fractures.

Those who have celiac disease are also more at risk for the main complication of osteoporosis—fractures, according to Seymour Katz, MD, clinical professor of medicine at the New York University School of Medicine. Katz is also an attending gastroenterologist at North Shore-Long Island Jewish Health System and St. Francis Hospital.

He notes that the incidence of fractures among those with celiac disease up to age 70 is about 40 percent, about twice that of the general population, according to some studies. Katz authored a review study on gastrointestinal diseases and their link to osteoporosis, published in the journal Gastroenterology & Hepatology in 2010.

“In the general population, osteoporosis strikes patients most often when they’re in their 50s and 60s. But in patients with celiac disease, you can see osteoporosis 15 years earlier,” says Donald Kirby, MD, director for the Center for Human Nutrition at the Cleveland Clinic in Cleveland. Osteoporosis can often set in over the age of 65, but for untreated celiac disease patients the bone disease can even occur in childhood

The presence of osteoporosis in a younger adult or child should alert doctors to possible undiagnosed, underlying celiac disease, Kirby says. Because celiac disease is often silent and can lay dormant for many years, osteoporosis can be the first tip off that a patient has the condition, according to Kirby.

As we age our bones tend to lose calcium, and as a result, bones can become less dense and more brittle.

Those who have undiagnosed celiac disease are at increased risk for osteoporosis because when they eat gluten, their immune systems go into overdrive and destroy the lining of the small intestine that usually absorbs nutrients from food. Thus, as well as being prone to malnutrition, celiac disease patients do not absorb enough calcium and vitamin D to build strong bones and prevent them from weakening. Because celiac disease patients  don’t absorb the nutrients from food, they can also be underweight, another risk factor for osteoporosis.

The major complication of osteoporosis is an increased risk for fractures in the spine, hip, shoulder and other bones. These fractures can sometimes lead to significant periods of illness and, in the elderly, disability or even death when long periods of immobility after a fracture lead to fatal pneumonia.

In a Swedish study published in the Scandinavian Journal of Gastroenterology in 2009, researchers tested 6,480 women between the ages of 50 to 64 for the presence of an antibody or protein known as tissue transglutaminase autoantibody, considered a marker for celiac disease. The same women also answered questionnaires regarding their health and history of fractures, and underwent bone imaging scans of the wrist.

The good news about osteoporosis in celiac disease patients is that it can often be prevented or improved with a gluten-free diet, particularly in children. “It’s a whole lot easier to prevent osteoporosis than to treat it,” Kirby says. In those who have lowered bone density that has not become serious enough to be classified as osteoporosis, a gluten-free diet and calcium with vitamin D supplementation may be sufficient to strengthen the patients’ bones.

Often the successful treatment of celiac disease will enable patients to absorb the nutrients they need to prevent osteoporosis. Other than vitamin D and calcium, weight-bearing exercise is also beneficial for prevention. “Patients with celiac disease can have a low bone mass, and after treatment with a gluten-free diet, they will increase their bone density,” says Meryl S. LeBoff, MD, director of the skeletal health and osteoporosis center at Brigham and Women’s Hospital in Boston and professor of medicine at Harvard Medical School.

The greatest increases in bone density occur in the first year of treatment with a gluten-free diet, according to LeBoff. “It is so important to diagnose patients with celiac disease because not only can treatment result in alleviating symptoms of the disease but it can also improve bone mineral density,” LeBoff says.

Children with celiac disease who are treated with a gluten-free diet are much more likely to reach a normal bone mass than adults. Even after successful treatment for celiac disease, adults may have osteoporosis or bones that have lower bone mass than normal for their age group.

Experts say that adult celiac disease patients should consider being tested for osteoporosis because there’s such a strong link between the two diseases and because adults are less likely to improve their bone density with a gluten-free diet alone and may need supplements and medication.

In adults, bone mineral density after treatment with a gluten-free diet only increases about 5 percent a year, according to Katz.

Still, osteoporosis can be successfully treated, and the treatments can help slow down the bone loss that is the hallmark of the disease as well as prevent fractures. Treatment most often consists of medications known as bisphosphonates, such as alendronate (Fosamax), which act against cells called osteoclasts involved in the loss of bone mass in osteoporosis.

Other treatments include calcitonin, teriparatide (Forteo, given by injection) and hormone replacement therapy. All these medicines act against osteoclasts and can reduce the risk of fracture in patients with osteoporosis.

Are any of these medications superior for patients with celiac disease? That question hasn’t really been studied but, Kirby notes that celiac disease patients, particularly those who still have some symptoms of malabsorption, will recover bone mass more successfully with medications given by injection or infusion, rather than oral pills.

The decision of whether or not to start a patient on osteoporosis medications rather than just calcium and vitamin D supplements is made after a physician assesses the severity of the patient’s low bone mass and/or osteoporosis and their fracture risk, according to Katz.

A gluten-free diet can lead to both a better quality of life and improved gastrointestinal symptoms and bone mass for those with celiac disease and osteoporosis. But keeping both diseases at bay is not always an easy task.

“Many patients feel better when they go on a gluten-free diet. But after a while they start to eat gluten—to have a pizza, a beer and other foods with gluten. It’s not an easy diet to stick with,” Katz notes.

When low bone mass or osteoporosis is a complication of celiac disease, patients also have to consistently take calcium and vitamin D and any prescribed medications.  They also have to regularly do weight bearing exercise such as walking or running.

“It’s so important for celiac disease patients to understand the importance of a gluten-free diet in treating their underlying disease as well as preventive strategies for osteoporosis,” LeBoff says.

Barbara Boughton is an award-winning health and medical writer. Her articles have appeared in publications such as The Lancet Oncology, Journal of the National Cancer Institute, Alternative Medicine Magazine, and Consumer Reports. She is the co-author of  Reduce Your Cancer Risk: Twelve Steps to a Healthier Life.

This article was originally published in our March/April 2013 issue. All information was correct at time of publication.