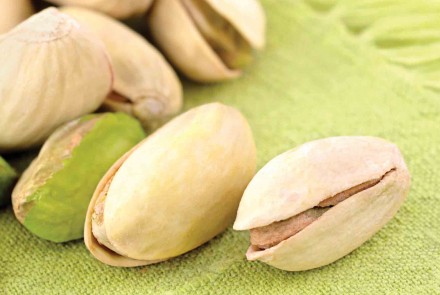 When I was diagnosed with celiac disease in 2002, I had just returned from my honeymoon. I had been suffering for years with digestive issues, anemia and other nutritional deficiencies, and I was lucky to get a diagnosis before attempting to have children. My body was able to heal by the time I did get pregnant only a year later.

I had decided that I would keep my child gluten-free. Though I know celiac disease medical experts recommend being tested for celiac disease before going gluten free, I had a double gene for celiac disease from my mother and father. And my husband had self-diagnosed gluten sensitivity. For our family having everyone follow the gluten-free diet was the right choice, and I was prepared to make it work.

Nut what I expected

What I was not prepared for was my child’s multiple food allergies, of the anaphylactic, always-carry-an-Epi-pen kind. I first noticed rashes with certain foods when my daughter started eating solids. From there we did allergy testing to determine that she was indeed allergic to several foods, including many types of nuts.

I didn’t realize how serious it was until a family vacation when she was 2 years old. She came to me, crying, clawing at her lips and complaining that they hurt. In the dim light of the evening I saw that her lips were swollen and red. Horrified, I grabbed her and ran to our nearby hotel room where I gave her a dose of Benadryl (we did not have any epinephrine at that time as our doctor did not think it was necessary). Thankfully, she was okay. Afterward, I pieced the story together—her grandpa had been eating cashews and they had traded a few kisses.
Nuts have been eliminated from our house since the cashew incident six years ago. I also give reminders to family members before gatherings, send informational letters to teachers and parents at school, and continue to read every label of everything that will go into my daughter’s mouth.

Since my daughter’s diet is both gluten and nut free, I know firsthand what the challenges are and how to cope with them.

Many people who have suffered for a long time with celiac disease or gluten intolerance may find they’ve become intolerant or allergic to other foods.

Doctors have attributed the onset of food sensitivities in those who have celiac disease to leaky gut syndrome – a condition in which the lining of the intestines has been damaged and large undigested food proteins that would normally not be allowed to pass from the intestines to the bloodstream are “leaked” into the blood. This triggers an immune reaction to these “foreign” proteins. This means that the onset of food allergies or sensitivities may actually be a symptom of intestinal damage or permeability. It’s unknown at this time if those who have gluten intolerance are also at a higher risk for developing additional food sensitivities.

Once a gluten-free diet is implemented, a food allergy caused by leaky gut may resolve in some patients, according to Alessio Fasano, MD, director of the Center for Celiac Research at Massachusetts General Hospital for Children.

Peanuts and tree nuts are two common foods that cause allergies or intolerance in those with celiac disease or gluten sensitivity. Other common allergens are dairy, eggs, soy, fish, shellfish and corn.

Avoiding both gluten and nuts can prove challenging. Tree nuts are considered a top eight allergen and must be clearly labeled in foods in which they are used. That makes it fairly easy to figure out which gluten-free products contain nuts. The bigger problem is that in the last few years, the popularity of gluten-free, grain-free and paleo diets has resulted in more cookbooks and products that use nuts and nut flours.

Almond meal, especially, has gained favor in gluten-free baking, while all kinds of nuts are present in gluten-free granolas, bars, crackers and cereals.

You also have to be careful with gluten-free snacks like potato chips, French fries and popcorn, which are sometimes fried in peanut oil. The Food and Drug Administration exempts highly refined peanut oil from being labeled as an allergen, and studies show that most of those who have a peanut allergy can safely eat this type of oil. However, cold-pressed, expelled and extruded peanut oils are not safe.

It would be rare to find someone with a peanut allergy who felt safe consuming any peanut oil. If you are allergic to peanuts, ask your doctor whether you should avoid peanut oil. Natural nut extracts, like pure almond extract, can also be a hidden danger.

Though most people aren’t allergic to every nut, those who are allergic to some nuts often avoid all nuts for two reasons: all types of nuts are processed in the same facility so there is risk of cross-contamination; and it is simply easier to avoid all nuts than to try to avoid some but not others and potentially make a mistake. This is especially relevant for kids who are being looked after by parents, grandparents, babysitters and teachers.

Despite the fact that peanuts are legumes and not tree nuts at all, children allergic to peanuts sometimes develop an allergy to tree nuts and vice versa. The reason for this is still not fully understood, and doctors generally advise caution when eating all nuts.

Coconut flour is being used increasingly in gluten-free recipes. There is some confusion as to whether coconut is a tree nut and should be avoided by nut-allergic people. Botanically, a coconut is neither a legume nor a tree nut, but in 2006 the FDA included it as a tree nut under allergen labeling laws.

You can have a separate allergy to coconut, but a study published in 2010 by Children’s Hospital Boston concluded that children with peanut or tree-nut allergies were not more likely to have a coconut allergy. Most allergists agree with the American College of Allergy, Asthma and Immunology’s statement that “while allergic reactions to coconut have been documented, most people who are allergic to tree nuts can safely eat coconut.”

Ice cream, candy and chocolate can be gluten free, but many sweets are full of nuts. Even if nuts aren’t intentionally used in the ingredients, they are often listed in “may contain” allergen statements due to cross-contamination concerns. While “may contain” statements are hard to evaluate and some gluten-free consumers disregard warnings about products that may contain wheat or are processed in a shared facility, it’s more dangerous to do so with a nut allergy that could result in an anaphylactic reaction.

A combined gluten-free, nut-free diet also requires extra caution when you are dining out. Thai food, for example, is quite gluten friendly, offering rice noodles and curries, but peanut sauces are prevalent. Chili and barbecue sauces have been known to contain peanut butter and even Mexican food, a gluten-free staple for many, can have surprising ingredients like peanut butter in enchilada sauce and nuts in “mole” sauce (both these sauces often contain flour, bread or crackers as thickeners, so check for gluten also).

Food is not the only concern for the nut-allergic. You also have to be careful about lipstick, which can contain nut oils. Almond oil is commonly used in lip balms, shampoos and lotions.

Most gluten-free flours and baking mixes do not contain nuts, so it is quite easy to purchase or make a flour blend that is gluten free and nut free. Depending on your sensitivity, it is best to ask companies about the possibility of cross-contamination with nuts.

When you have a recipe that calls for nuts or you just want something similar to snack on, pumpkin seeds and sunflower seeds are great alternatives. Nutritionally, they are high in protein (pumpkin seeds have more protein than most nuts) and contain zinc and vitamin E among other benefits. Unless someone has an additional allergy to these seeds, they can be part of a gluten-free, nut-free diet. Just be careful of cross-contamination with nuts.

While it is convenient for most people to rely on pre-made foods, people with multiple allergies can’t find safe foods so readily. Making your own meals and snacks can lower your anxiety and increase your enjoyment of the foods. With a few easy recipes, you can stock up on delicious – and safe – snacks and treats the whole family will enjoy.

What to avoid if you have a nut allergy

*Unlike tree nuts, peanuts are a legume and grow underground. Peanuts are highly allergenic on their own and are usually processed with tree nuts.

Nut-Free Recipes to Get You Started